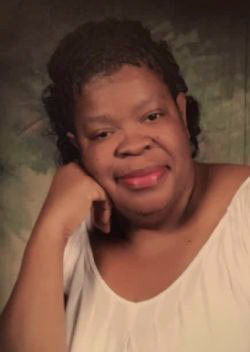 Barbara Lynn Thompson, 64, of McGehee, went to be with her Lord and Savior Wednesday, August 31, 2022, at Desha County Hospital in McGehee. She was born January 9, 1958, in Drew County, to the late Hubert Thompson and Armittie Rush Thompson.
She was employed with the Arkansas Department of Correction and a very active member of McGehee Chapel Missionary Baptist Church. Barbara also worked for Dearman Companies, Inc. for 35 dedicated years in many capacities where she assisted Chuck and Cindy Dearman with many tasks and was a ''second mother'' to Haley and Chad. She not only was a wonderful caregiver for the Dearman family, she also assisted Cindy with caregiving for numerous other family members and was their leading prayer warrior. Barbara was always there when needed, could always be counted on and will be dearly missed by the Dearman family. Barbara loved to cook all the time and would feed the entire town if she could. She has also been the cook for Copperhead Hunting Club for many years. Barbara loved being with her church family in which she was a choir member, but her greatest passion was traveling to St. Louis, to be with her daughter, grandchildren and great grandchildren.
In addition to her parents, she was also preceded in death by two brothers, Alexander Thompson and Lewis Thompson; a sister, Vera Thompson; a cousin, Martha Jones; and a granddaughter, Raven Stanley.
Survivors include her daughter, Natasha Thompson of St. Louis; her granddaughter, Diamond Henderson (Dre) of St. Louis; two grandsons, Domonique Stanley (Kayla) and Xavier Jefferson; two great granddaughters, Marcyia Paige Jordan and Kaniyah Neveah Stanley; and three great grandsons, Korbin Alezander Stanley, Nasir Karter Stanley, Jr. and Je'Kei Lakendre Henderson all of St. Louis; six sisters, Shirley Thompson of Monticello, Flora Binns of Columbus, Ohio, Dorthy Jo Brooks, Palenstine Henry (John) and Gloria Dean Ford (Fred) all of St. Louis, and Glenda Joyce Wade of San Jose, Calif.; three brothers, Calvin Wayne Thompson and Stacey Alan Thompson both of St. Louis, and Melvin Thompson of Phoenix; along with a host of nieces, nephews, cousins and friends.
Funeral services were at 11 a.m. Saturday, September 10, 2022, at Stephenson-Dearman Funeral Chapel with Rev. Leroy Hood officiating. There was a visitation one hour preceding the funeral service from 10-11 a.m. at the funeral home. Burial was in Oakland Cemetery in Monticello. You can sign Barbara's guestbook page at www.stephensondearman.com.