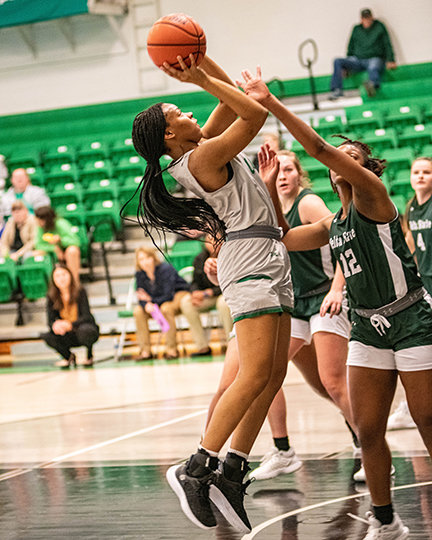 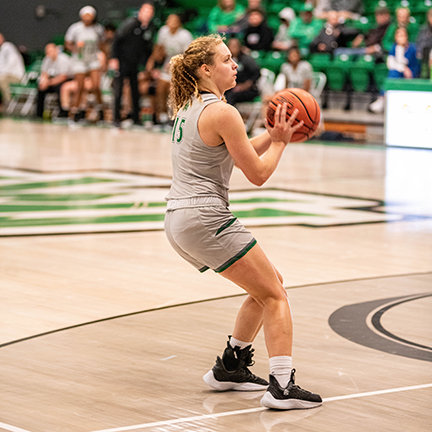 UAM Blossoms head coach, David Midlick, picked up his first win as the head coach of the Blossoms on Tuesday, November 15, with a 63-61 win over Delta State.

Before earning their first victory, the Blossoms would begin the season with a pair of losses on the road in Fayette, Iowa at the Upper Iowa Tournament.

In the first contest, UAM would lead Lincoln University of MIssouri by five points after outscoring the Blue Tigers 22-14 in the first quarter and being outscored 13-10 in the second to lead at the half 32-27.

Joi Montgomery led the way for the Blossoms with 17 points followed by Bailey Harris with 16 and Laia Balcells with 10.

UAM would host Delta State at Steelman Fieldhouse in their first home contest of the year.

Delta State was able to take a six-point, 23-17 lead after the first quarter of play, but a big second quarter would give the Blossoms a halftime lead.

The Blossoms would outscore Delta State 19-8 in the second quarter to take a five-point, 36-31, lead at the half.

Delta and the Blossoms exchanged the lead in the third quarter, with Delta holding a one-point lead heading in the fourth.

UAM would  tie the contest at  61 with nine seconds remaining on a three by Bailey Harris and would seal the contest after a foul to Harris sent her to the line for two free throws that were successful for the 63-61 win.

Harris led the Blossoms with 12, followed by Long with 10.

UAM will travel to Ft. Smith on Saturday for a 2 PM tip against UA Fort Smith.