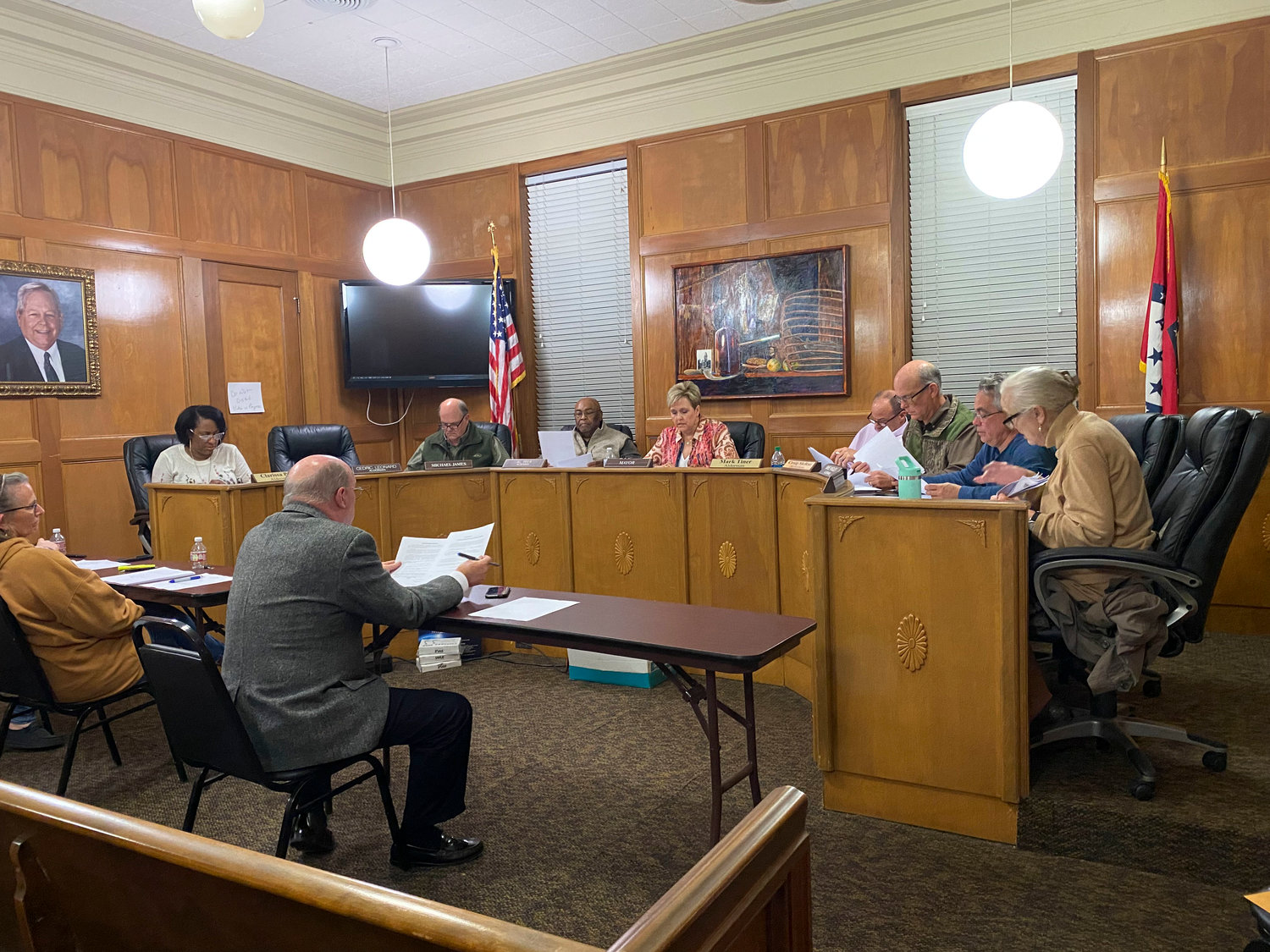 Due to the Thanksgiving holiday, the Monticello city council met for the regular monthly meeting on Tuesday, November 15.

The council heard budget discussions presented by city finance director Vicki Norris for each department in the city.

The council heard from John Daves with the Public Works Department about water treatment certifications among employees.

The Mayor and council complimented the employees that have taken initiative in furthering their training. It was a first day initiative for Mayor Paige Chase to get employees cross trained and certified to allow the City to be in a better hiring position in the future.

Monticello Police Chief and Mayor elect Jason Akers stated that the police department had a quiet month and that they are working with the schools on immediate response resources that will be housed at the school campuses.

Planning Commission Chair Dan Boice reminded the crowd that the request for proposals for the old armory are due by December 1. At the next council meeting, he hopes to have more information to present on that topic. He also stated that at December’s Council meeting, the Planning Commission will present their Comprehensive Plan that takes Monticello 25 years into the future, with infrastructure being the foundation of the plan. Transportation, physical health and quality of life are also top priorities in the plan.

Bennie F. Ryburn III presented the Monticello Economic Development Commission report. He stated that within the first day to apply, all the open SNAP applications were filled. The SNAP program helps low income, elderly citizens make necessary home repairs and the City of Monticello has participated in this program since 2014. MEDC partners with local banks to get this program completed.

City Inspector Brian Rodgers stated that contractors are now working on estimates for the repairs to the SNAP applicants and will have their portion of the paperwork to the local banks before Christmas.

The only item on the agenda under Unfinished Business was the lease agreement renewal with Drew Memorial.

The agreement presented is a month to month lease, with 30 days notice to vacate. Because this resolution was not received in City Hall until Monday, Nov. 14, the Mayor and Council discussed approving the resolution at the meeting and stated that it could be changed next month if they run into any counter issues.

The first item under New Business was permission to bid for exterior cleaning and re-coating of the Lacey-Ladelle and Conrad water towers. The council unanimously voted in the affirmative.

Resolutions to accept HVAC systems for the Senior Center and the Water Office passed.