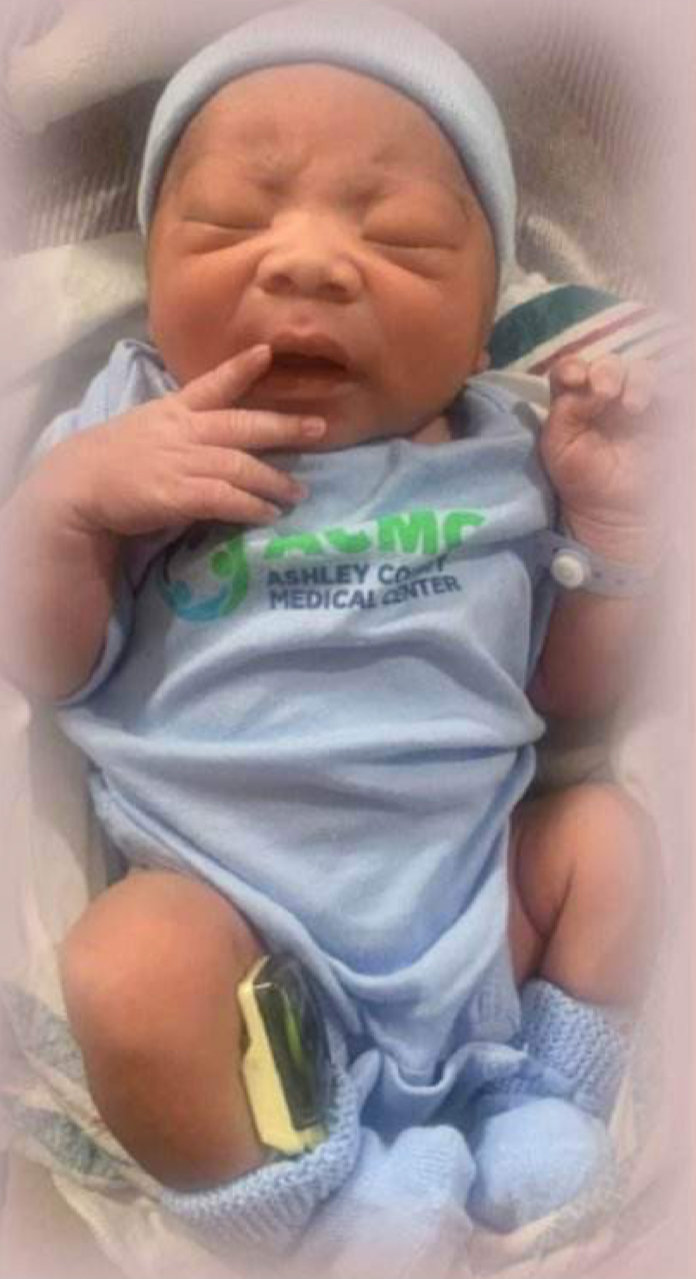 Decabrin Jamare Binns, Jr. was born January 10, 2023, in Crossett, to Taylor Mooney and the late Decabrin Jamare Binns, Sr. who passed away on January 3, 2023. Decabrin, Jr. passed away on January 13, 2023 and was deeply loved and admired by his mother and the entire family. He was also to be the joy of his father's life.
He is survived by his mother, Taylor Mooney; maternal grandparents, Timothy and Galena Mooney of Hamburg; paternal grandparents, Cecily Binns of Monticello and Harvey Lawson of Warren; great grandparents, Cloten James and Oliver Caldwell of Hamburg, Pearlene Binns and Rose Mary Childs; along with a host of uncles, aunts, cousins and other relatives.
Funeral services were at 11 a.m. Wednesday, January 18, 2023, at Stephenson-Dearman Funeral Chapel with Rev. Mozell Hawkins presiding. Burial will be in Mt. Zion Cemetery in Monticello. You can sign Decabrin, Jr.'s guestbook page at www.stephensondearman.com.