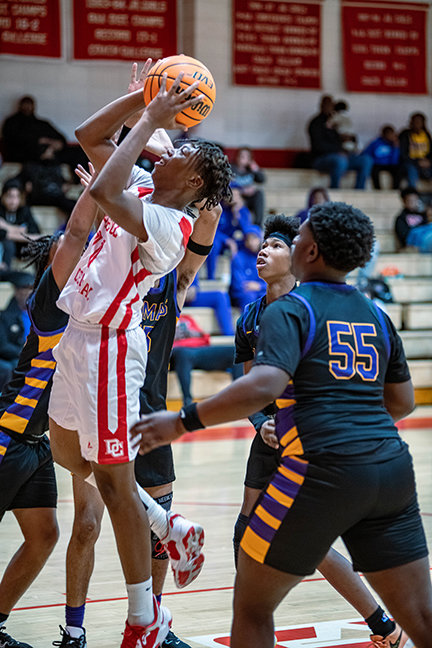 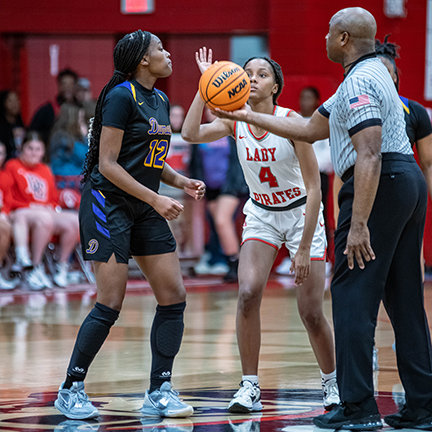 KAISA ORR (center) would begin their contest against Dumas with three consecutive blocks. Orr would finish with 11 rebounds and four points.
Jeff Young 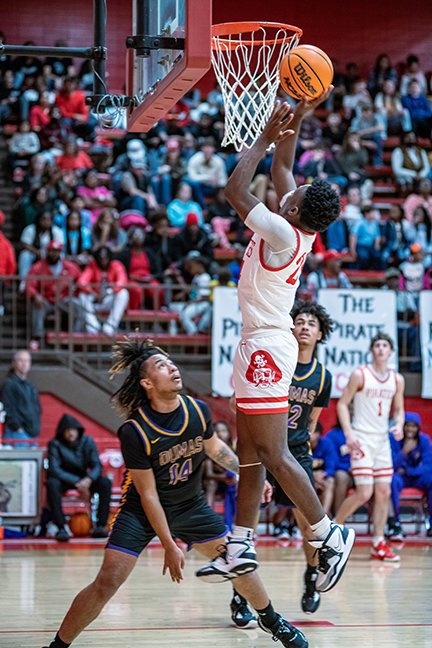 In the first contest of the night, the Junior Pirates would lead the Junior Bobcats 20-15 at halftime after outscoring Dumas 13-5 in the first and Dumas taking the second quarter 10-7.

Jayden Jones scored five, Brody Cater with two, and Uriah Rhodes with one.

In the second contest of the night, the Lady Pirates would fall behind in the first quarter, scoring five points in the quarter while the Lady Bobcats would score 13.

Drew Central would outscore Dumas 7-3 in the second quarter to trail the Lady Bobcats 16-12 at the half.

The Lady Pirates would come back to outscore Dumas 7-5 in the third quarter but trailed Dumas 21-19 heading into the fourth quarter.

In the fourth, Dumas would take control of the contest, outscoring the Lady Pirates 11-4 to take the 32-23 win.

In the final contest of the night, the Drew Central Pirates would take a 13-9 lead after one quarter of play, but both teams would play even in the second quarter with each team scoring 12 points.

Tramond Miller would lead the way for the Pirates with eight points followed by Kade Bodiford with seven.

Drew Central will return to action on Friday, January 13, hosting Lakeside with Junior Girls tipping off at 4:30 pm.

Drew Central will travel to DeWitt on Tuesday, January 17, with the Junior Girls tipping off at 4:30 pm.

Drew Central will host a Junior Tournament on January 14 and will continue on January 18 and January 21.