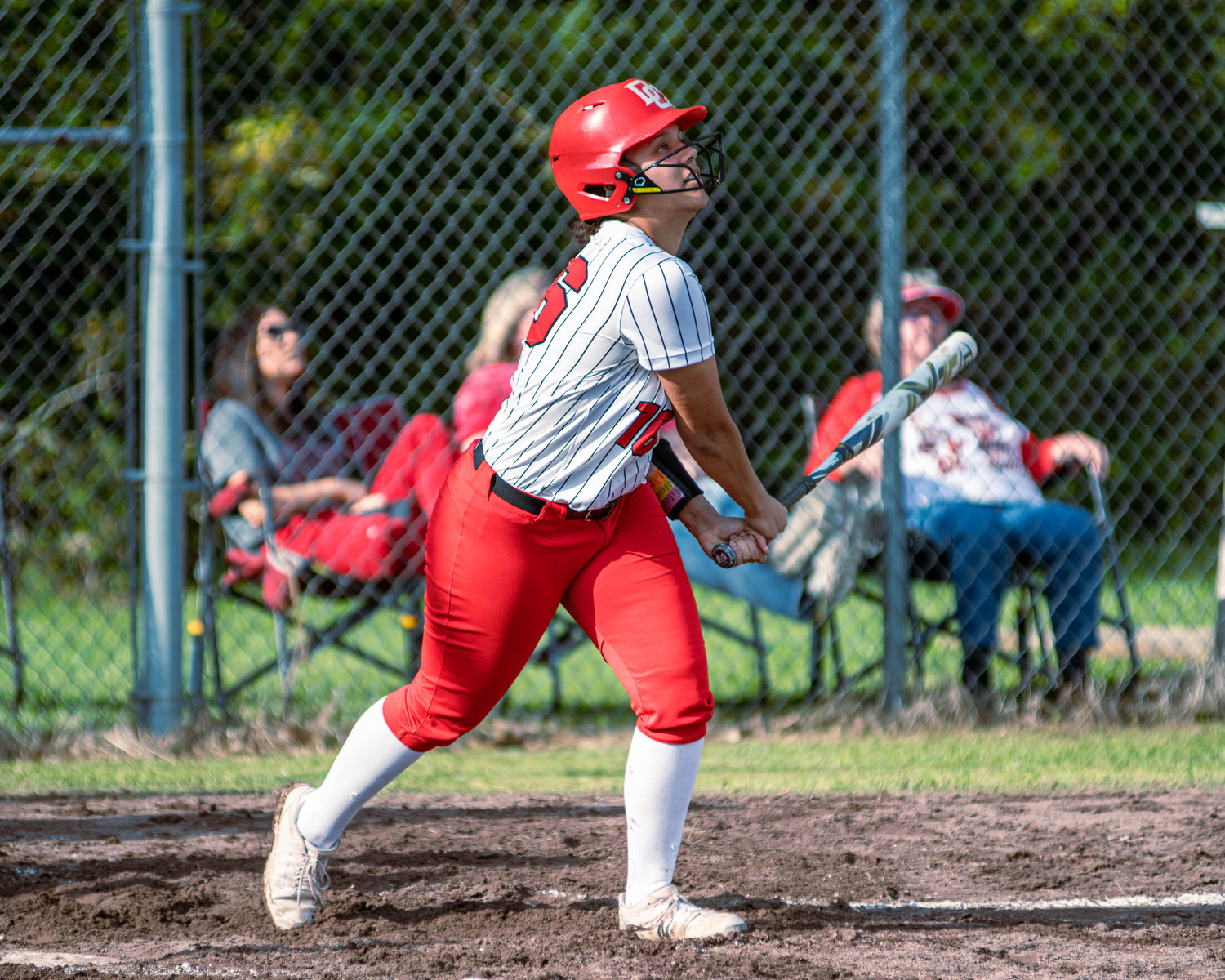 ZOE JOHNSON connected for a walk-off Grand-Slam Thursday against McGehee to give the Lady Pirates a 14-1 victory and sealed the teams appearance in the 3A Region 4 Regional Tournament. 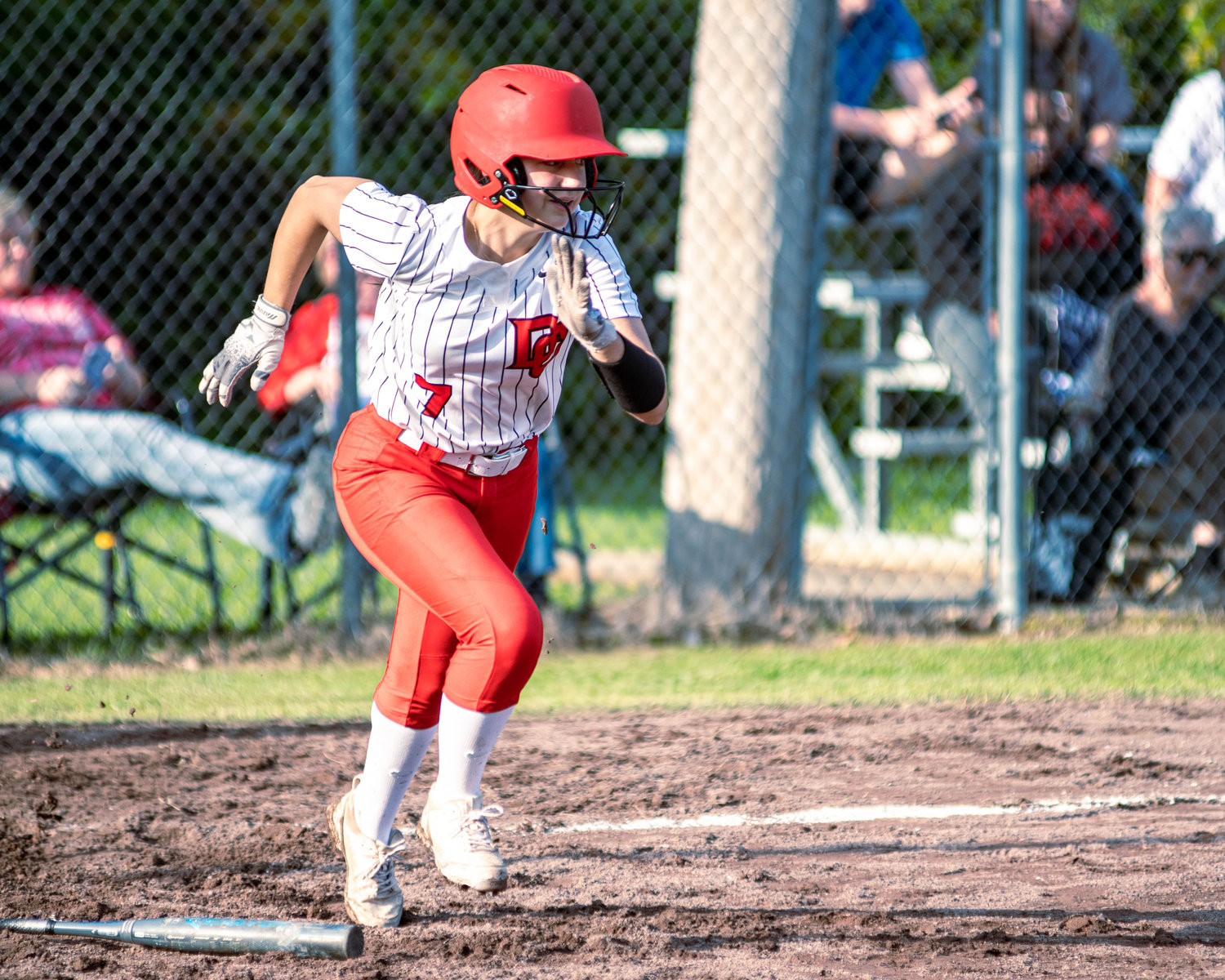 KYNNLEE GrAVES recorded an RBI in in all three games against Rison, Dumas, and McGehee. Graves was 3 for 10 in the three contests, scoring two runs. 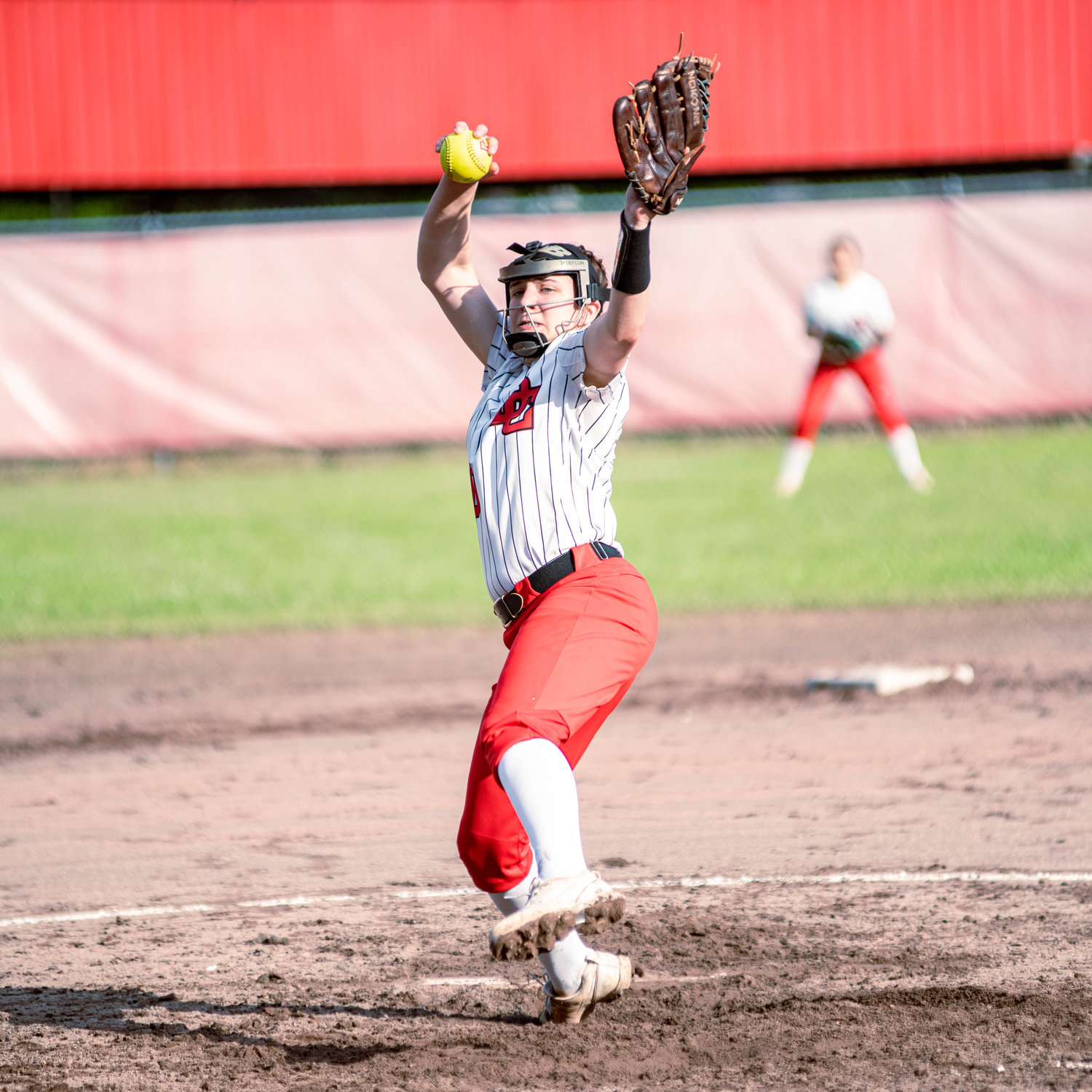 GRACIE CONNARD pitched a total of 20 innings against Rison, Dumas, and McGehee. Connard recorded 39 strikeouts in the three games 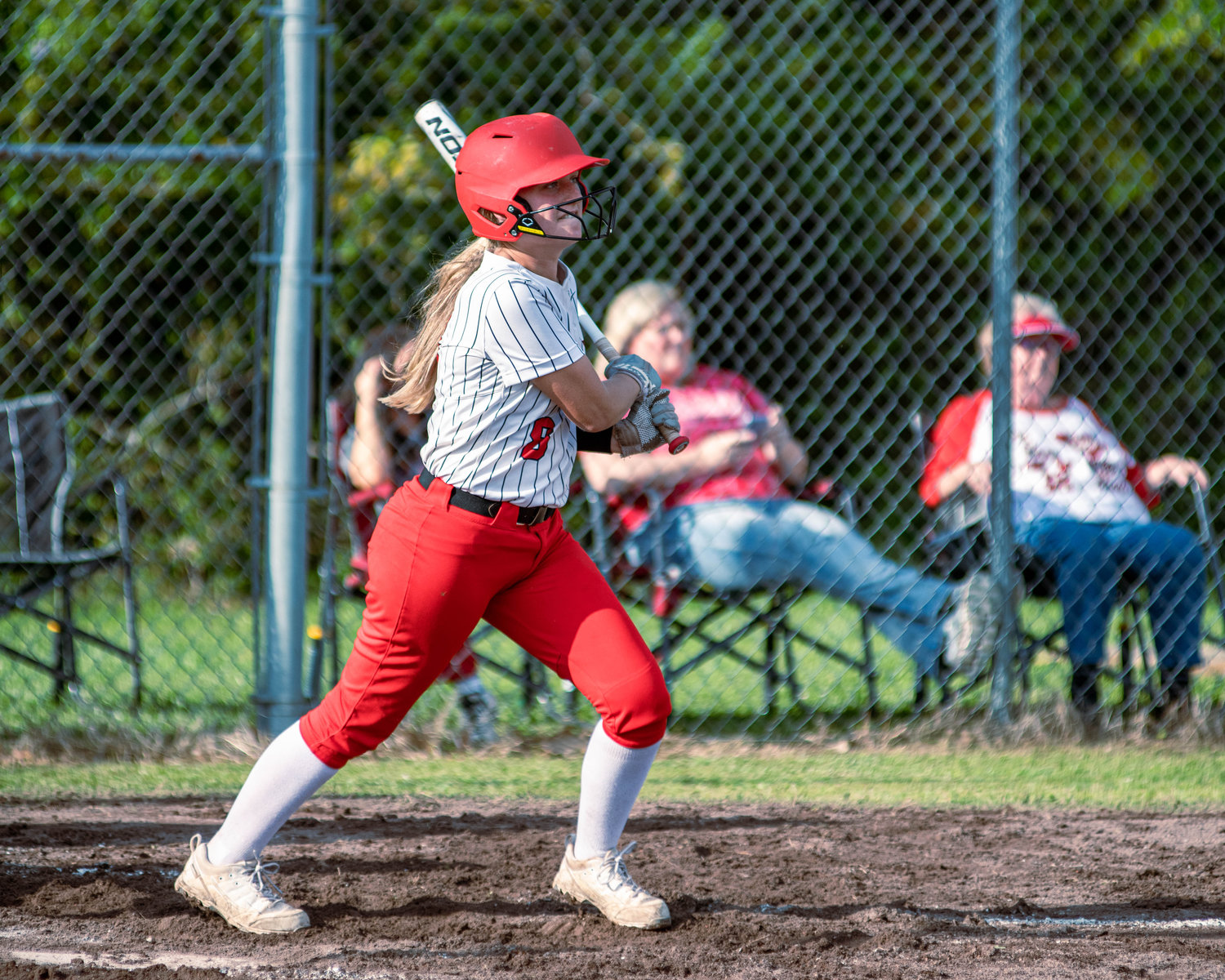 MALLORY JACKSON went 1 for 3 with three runs, two RBI, and two walks against McGehee. She was also 3 for 4 against Dumas and 2 for 4 against Rison as the Lady Pirates extended their win streak to three games.
Previous Next
Posted Wednesday, April 27, 2022 10:14 pm
Jeff Young

The Drew Central Lady Pirates have secured their place in the 3A Region 4 Regional Tournament after winning three consecutive contests including a 14-1 victory of the McGehee Lady Owls capped off by a walk-off Grand-Slam by Zoe Johnson.

Travelling to Rison on Friday, April 15, the Lady Pirates opened the contest with a single by Gracie Connard followed by a sacrifice bunt by Kynnlee Graves to move Connard to second base.

Rison would come back in the bottom of the inning to tie the contest 2-2.

Rison took the lead in the bottom of the fifth inning after scoring a run on a double to give the Lady Wildcats a 3-2 advantage.

Drew Central would retake the lead in the top of the sixth inning.

Emma McRae led things off with a single and was advanced to third on a double by Connard. Graves singled to score McRae and tie the game 3-3. Rison chose to put Chapman on base with an intentional walk and Jackson would follow with a single that scored Graves and Connard. Macy Lloyd would single to score Chapman and Jackson would score the final run of the contest on a ground ball by Kennedee Love to give the Lady Pirates a 7-3 win.

Connard was 2 for 4 with two runs and pitched seven innings allowing three runs while striking out 14.

The Lady Pirates travelled to Dumas on Tuesday, April 19, to face the Dumas Lady Bobcats.

Connard led off the game with a single followed by a double by Graves.

Dumas got a run in the bottom half of the first inning after scoring on an error to cur the lead to 3-1.

Dumas made the score tighter in the bottom of the third inning after scoring one run to cut the lead to 3-2.

Drew Central retook the lead in the top of the fifth after a single by Chapman, Jackson, and Johnson. Johnson’s single scored Chapman.

Cruce hit a sacrifice fly to center that scored Jackson to give the Lady Pirates a 5-2 lead.

Drew Central scored five more runs in the contest with two runs coming in the top of sixth after singles by McRae and Love and a double by Connard to score McRae. Graves would hit a fly ball that scored Love.

The final runs would come in the top of the seventh inning with Johnson scoring on a ground ball by McRae and a single by Connard that scored McRae and Cruce for the 10-2 final.

As a team, the Lady Pirates were 18 for 36 with 10 runs and 10 RBI. Connard pitched the complete game striking out 14 batters for the second consecutive contest.

Returning home to face the McGehee Lady Owls, the Lady Pirates took a 1-0 lead in the bottom of the first inning after Bailey Chapman scored on a passed ball.

Drew Central added a run in the bottom of the second inning after Jones scored on a wild pitch for a 2-0 lead.

The Lady Pirates increased the lead to 5-0 after Jackson scored on a passed ball in the bottom of the fourth.

McGehee would get on the board in the top of the sixth with a run to cut the lead to 5-1 but the Lady Pirates would score three runs in the bottom half of the inning to increase the lead to 8-1 and would close the contest in the bottom of the sixth inning after score six runs including a Grand-Slam by Zoe Johnson that initiated the sportsmanship rule with a 14-1 victory.

With the win, the Lady Pirates have secured the fourth seed out of the 8-3A in the 3A Region 4 Regional Tournament to be held in Ashdown beginning on Thursday, May 5.

The Lady Pirates will face the number one seed from the 7-3A Conference.

Ashdown is currently projected as the number one seed.