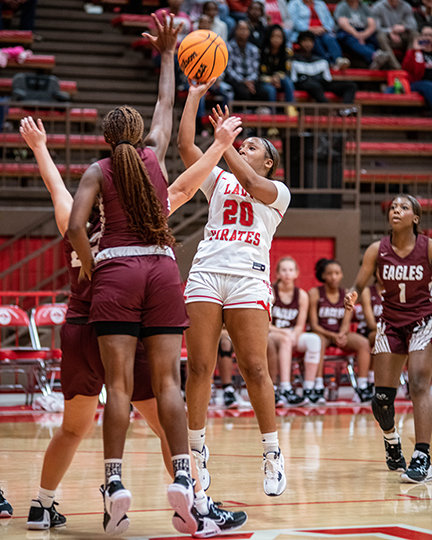 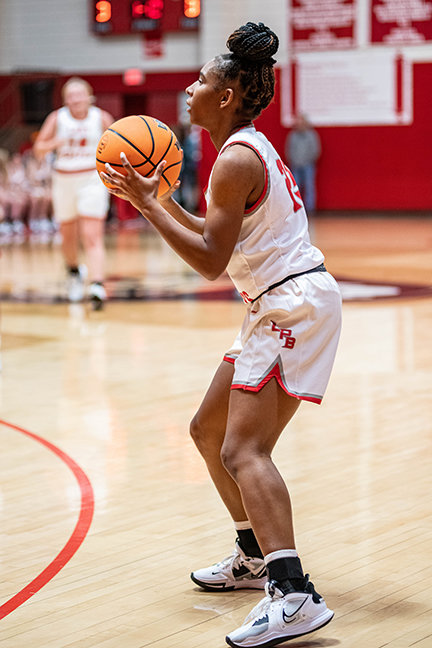 The Drew Central Lady Pirates became the first team to play under the newly installed shot clock at Drew Central Gymnasium on Tuesday night against Crossett.

The 35-second shot clock was approved for use by the Arkansas Activities Association in 2020 to be implemented in the 2022-23 season.

The shot clock is to be used in both the senior high girls and boys basketball contests and will be used across all six classifications.

The Lady Pirates got things going after a two-point basket by Sayveiona Durden and a free throw gave Drew Central a 3-0 lead.

Crossett would score with 7:26 showing on the clock, but would not score another basket until hitting a pair of free throws with 18 seconds remaining in the first quarter.

As for Drew Central, Durden would score the first 10 points of the contest for Drew Central with the team going on to score 20 points in the quarter, outscoring Crossett 20-4.

Edriana Hunter scored the first points of the second quarter, connecting on one of two from the freethrow line.

Crossett would have a better scoring performance in the second quarter, scoring 10 points in the quarter, but was outscored by Drw Central 14-10 to give the Lady Pirates a 24-14 lead at the half.

Hannah Meeks and Hunter would lead the Lady Pirates with four points each in the second quarter.

The Lady Pirates defense would hold Crossett to two points in the third quarter, giving up the single basket with 1:03 remaining in the quarter.

The Lady Pirate defense continued to keep Crossett from producing an effective offense, not allowing a basket until seconds remaining in the game.

Durden would score the first basket, a three-pointer, to invoke the sportsmanship rule for the remainder of the contest.

Drew Central would go on to defeat Crossett 56-20.

Durden led the way for the Lady Pirates with 17 points followed by Boykin with eight.