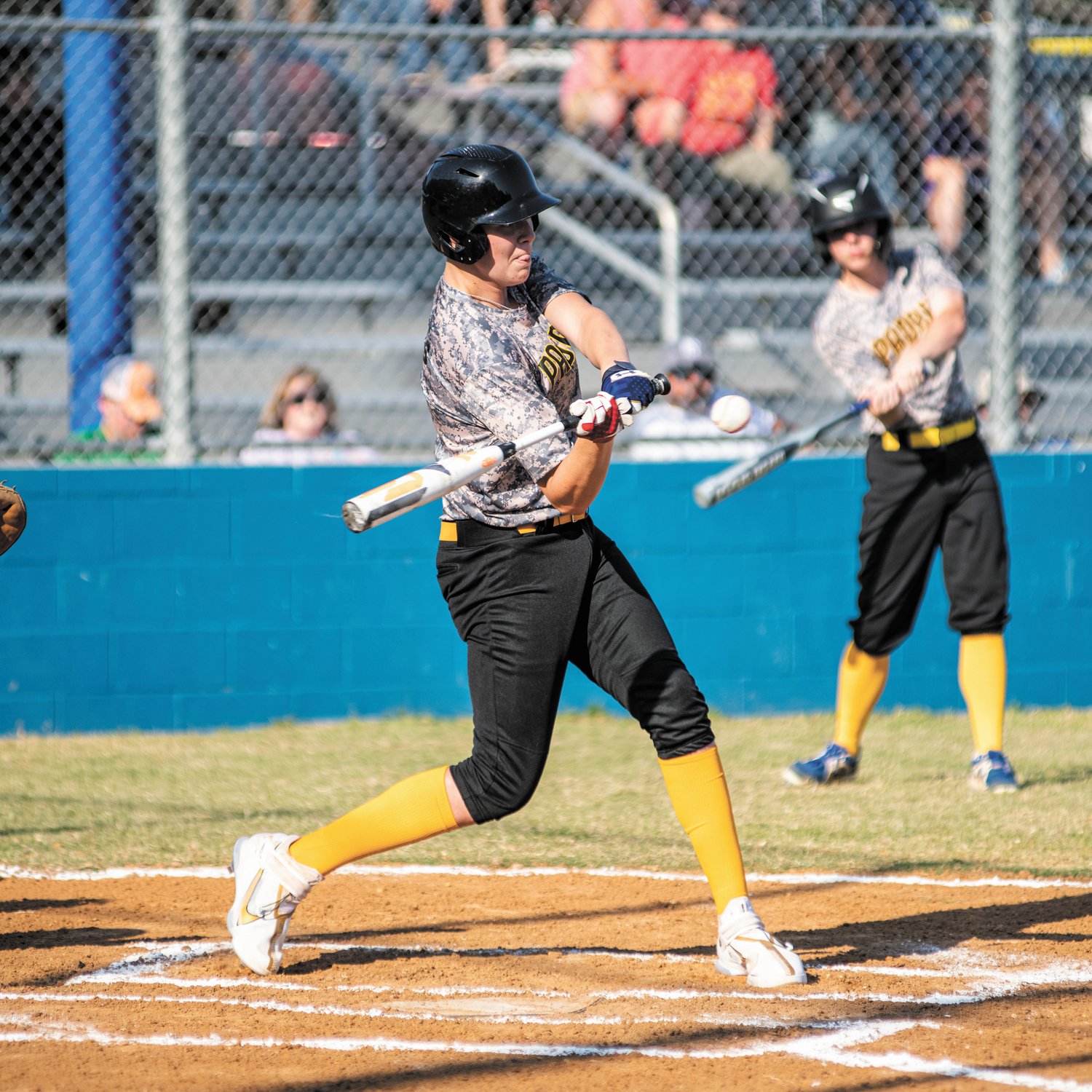 JACKS RAWLS keeps his eyes on the ball during his first at bat during Thursday’s contest against the Braves. The Padres defeated the Braves 11-2. 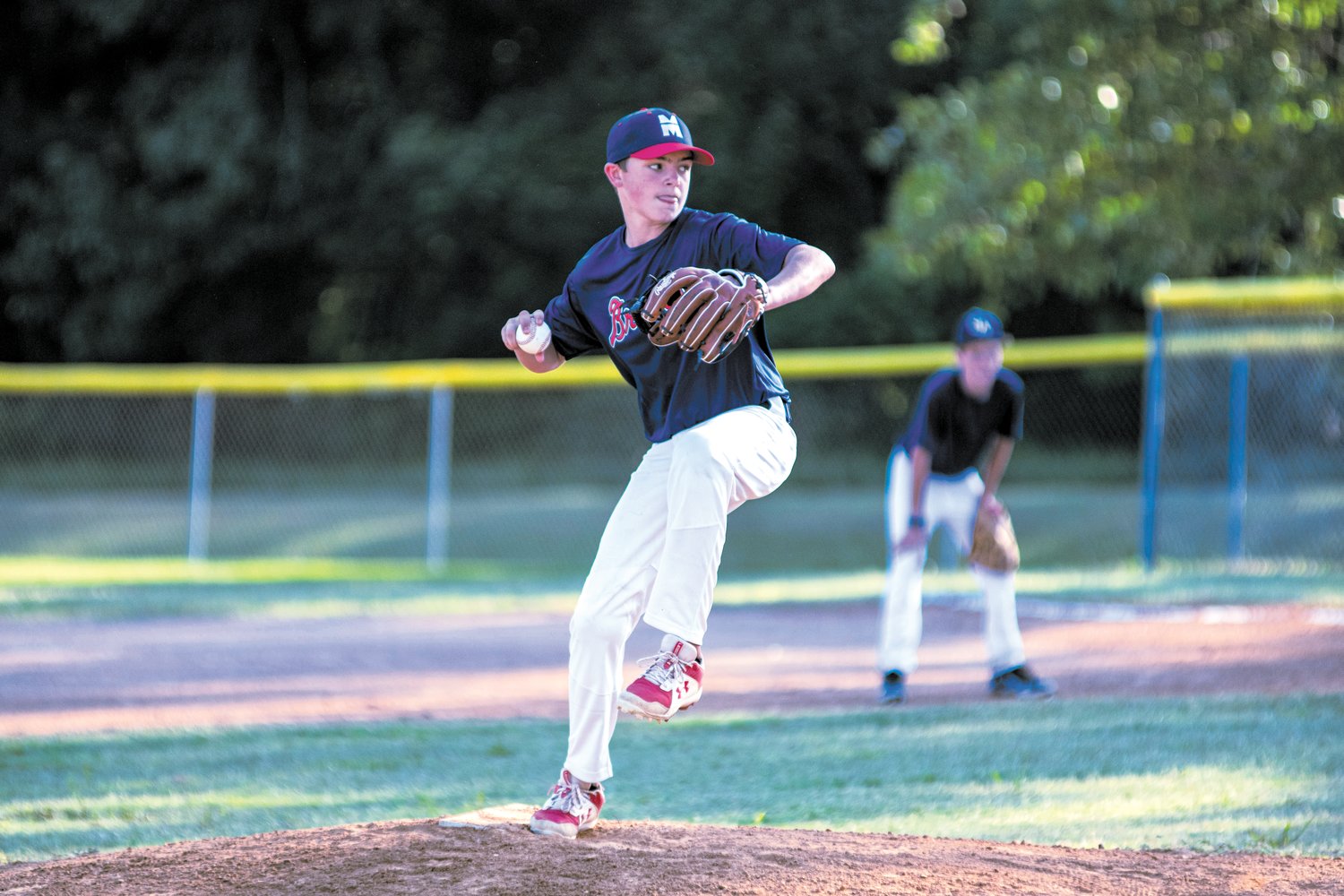 HUNTER GRIFFIN pitches to a Padres’ batter in Thursday’s game at Burlington Field. The Braves were defeated by the Padres 11-2. 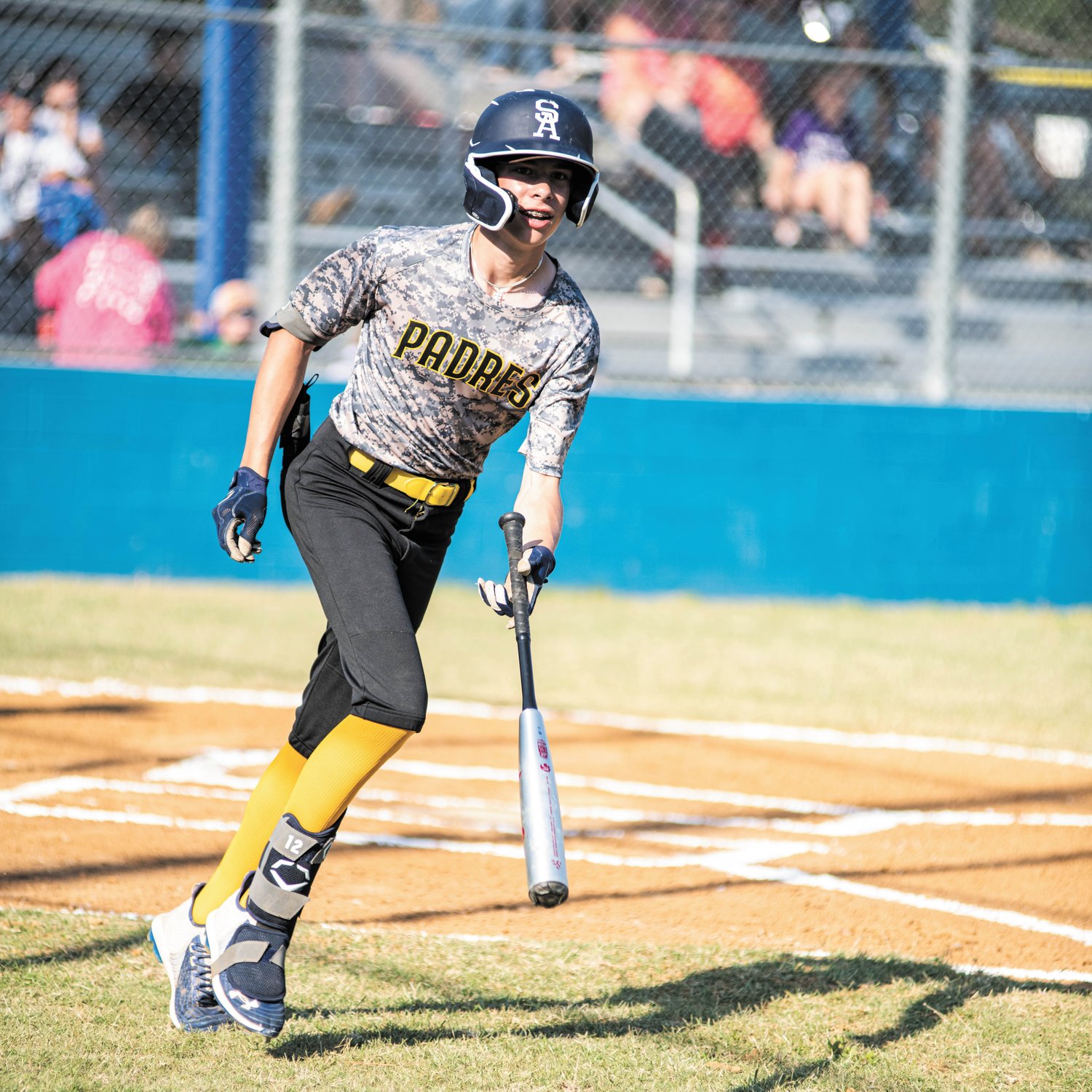 GAVIN JACOBS reached base in the first inning after being hit by a pitch in his first at bat. 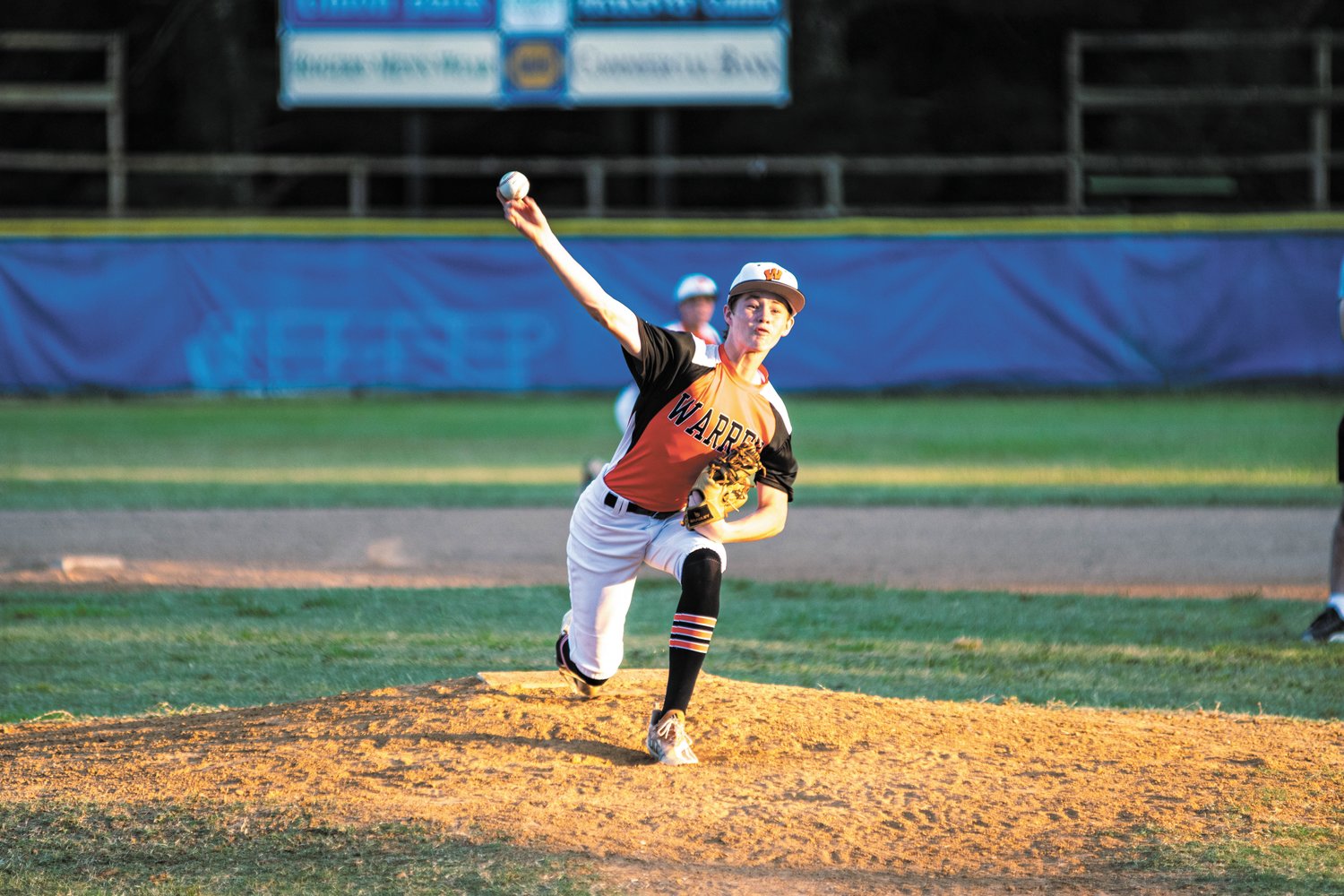 REN REEP pitched the complete game against the Dodgers on Thursday, May 19, picking up the win for Warren, Warren defeated the Dodgers 3-2. 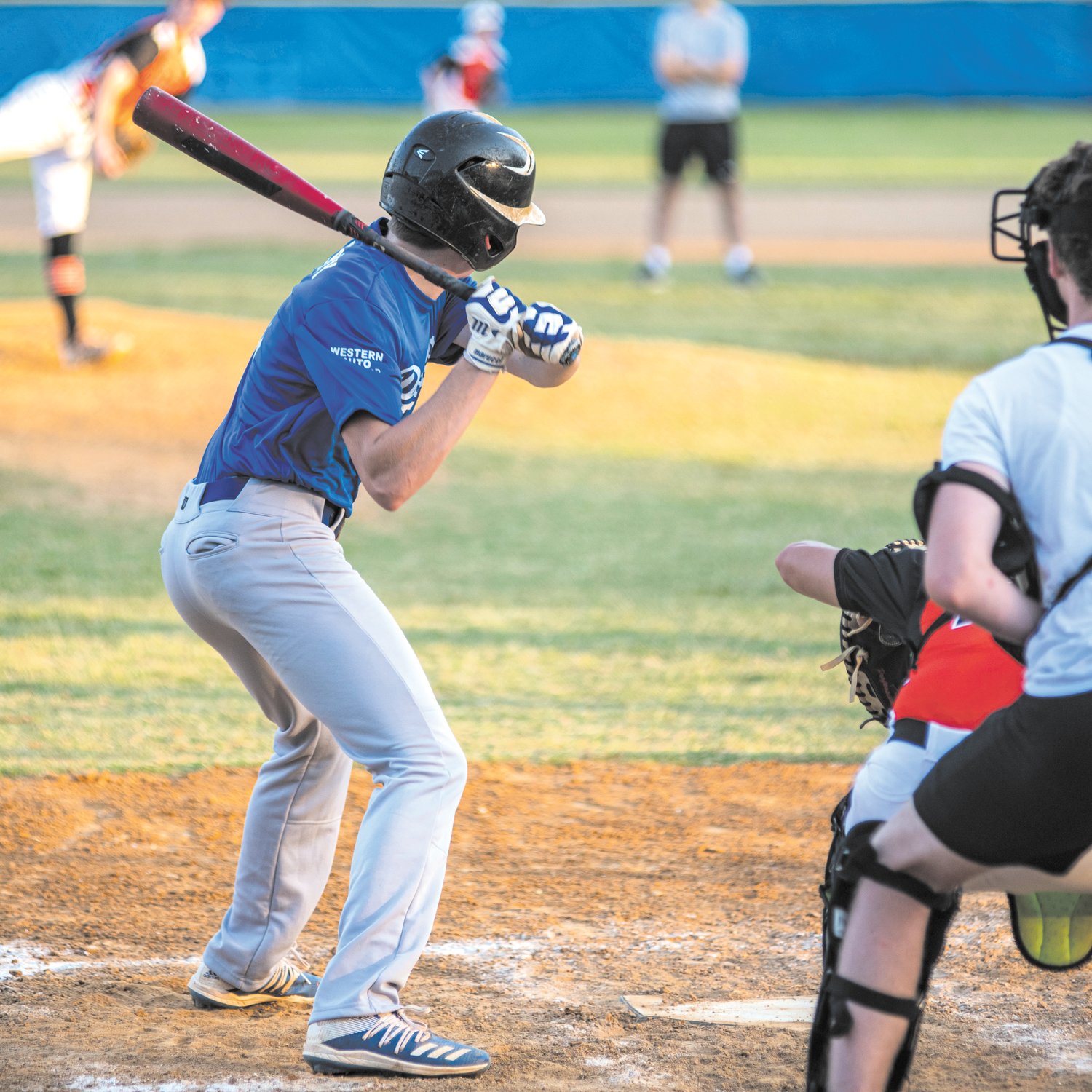 RYKER HARVEY studies the pitch from Ren Reep on Thursday night, Warren scored a run in each of the first three innings to defeat the Dodgers 3-2
Previous Next
Posted Thursday, May 26, 2022 4:08 pm
Jeff Young

The 2022 15U Babe Ruth Season has gotten underway at Burlington Field.

Having to wait until the official end to the high school baseball season to allow the players at the high school level that fall into the age category to begin play, rules state that they cannot play both at the same time.

Beginning the season on Monday, May 16, the season began with the Padres defeating the Cardinals over six innings with a 6-0 shoutout.

In the second game of the night, Star City was able to hold off the Braves for a 13-9 win.

Returning on Thursday, May 19, the Padres would start the night off with an 11-2 victory over the Braves to pick up their second win of the season.

In the second contest of the evening, Warren would edge the Dodgers 3-2.

Warren would get their second win of the season on Friday, May 20.

Warren would defeat the Braves 10-2 over six innings.

Star City picked up their second win of the season with a 15-1 victory over the Cardinals.

After two games being played by each team in the league, the current standings show a three-way tie at the top and three teams even at the bottom of the standings.

The Padres, Warren, and Star City currently have a 2-0 record with the Braves, Cardinals, and Dodgers all having records of 0-2.

Games will resume on Thursday, May 26, with two games on the schedule.