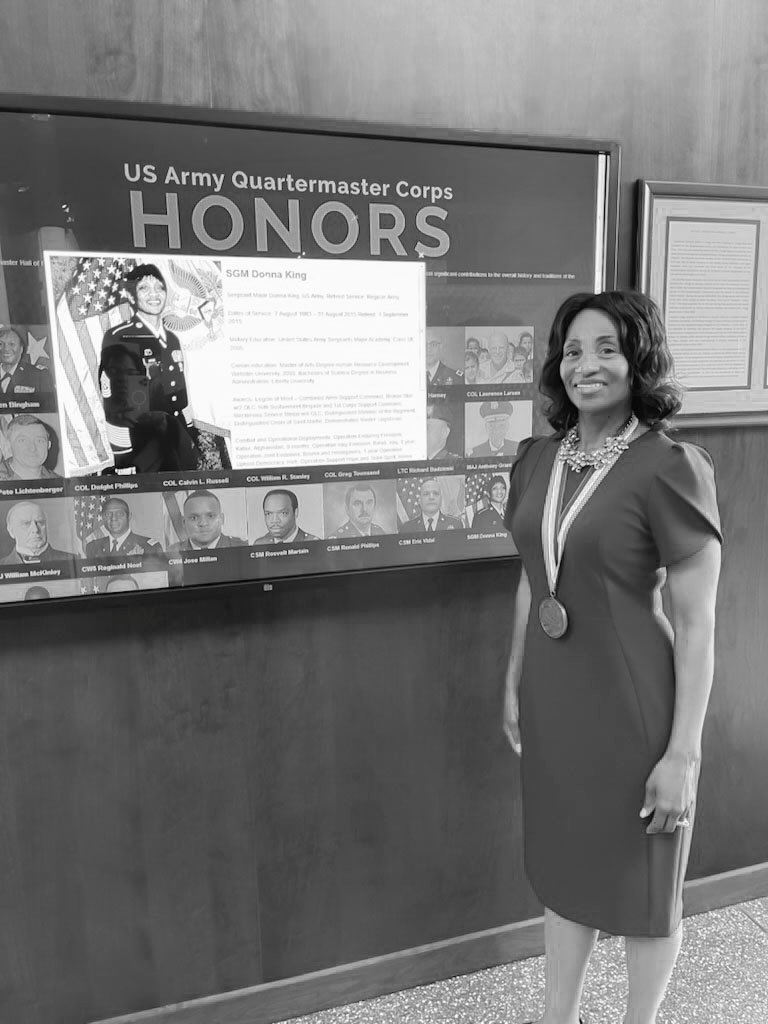 Sergeant Major Donna Rogers King, a Monticello native, was inducted into the Quartermaster Hall of Fame at Fort Lee, VA on May 4, 2022. The Quartermaster Hall of Fame is highest form of recognition the Corps offers. This much coveted award honors individuals who are judged to have made the most significant contributions to the overall history and traditions of the Quartermaster Corps.  Sergeant Major Donna R. King is a native of Monticello, Arkansas. She is the daughter of Mrs. Vera Suber and the late Mr. Henry Suber, Jr.

Her Military education includes the United States Army Sergeants Major Academy, Class 58. Donna holds a Masters of Arts degree in Human Resource Development from Webster University.  She is a graduate of Liberty University with a Bachelor’s of Science Degree in Business Administration.  She served in a multitude of challenging positions of increasing responsibility culminating as the United States Army Combined Arms Support Command G-3/5/7 Sergeant Major.

She was instrumental in synchronizing the Combined Arms Support Command Strategic Plan across the staff and five schools in support of Training and Doctrine Command (TRADOC) and the Operational Army. She redesigned the orders and tasking management process to better synchronize Sustainment Meetings and the Logistics Leader Development Strategy. While serving as the Quartermaster School Logistics Training Department, she trained and positively impacted over 10,000 Initial Military Training Soldiers for the operating force. She spearheaded and oversaw the redesign of the 92A and 92Y enlisted Military Occupational Specialties and two Additional Skill Identifiers, to include, classroom upgrades and changes to the Program of Instructions aimed at better preparing logistics Soldiers.

While deployed her efforts in support of the Afghanistan National Security Forces left an indelible mark on the nation of Afghanistan. She also deployed to Iraq in support of Operation Enduring Freedom. Her awards and decorations includes the Legion of Merit, Bronze Star; and the Meritorious Service Medals.