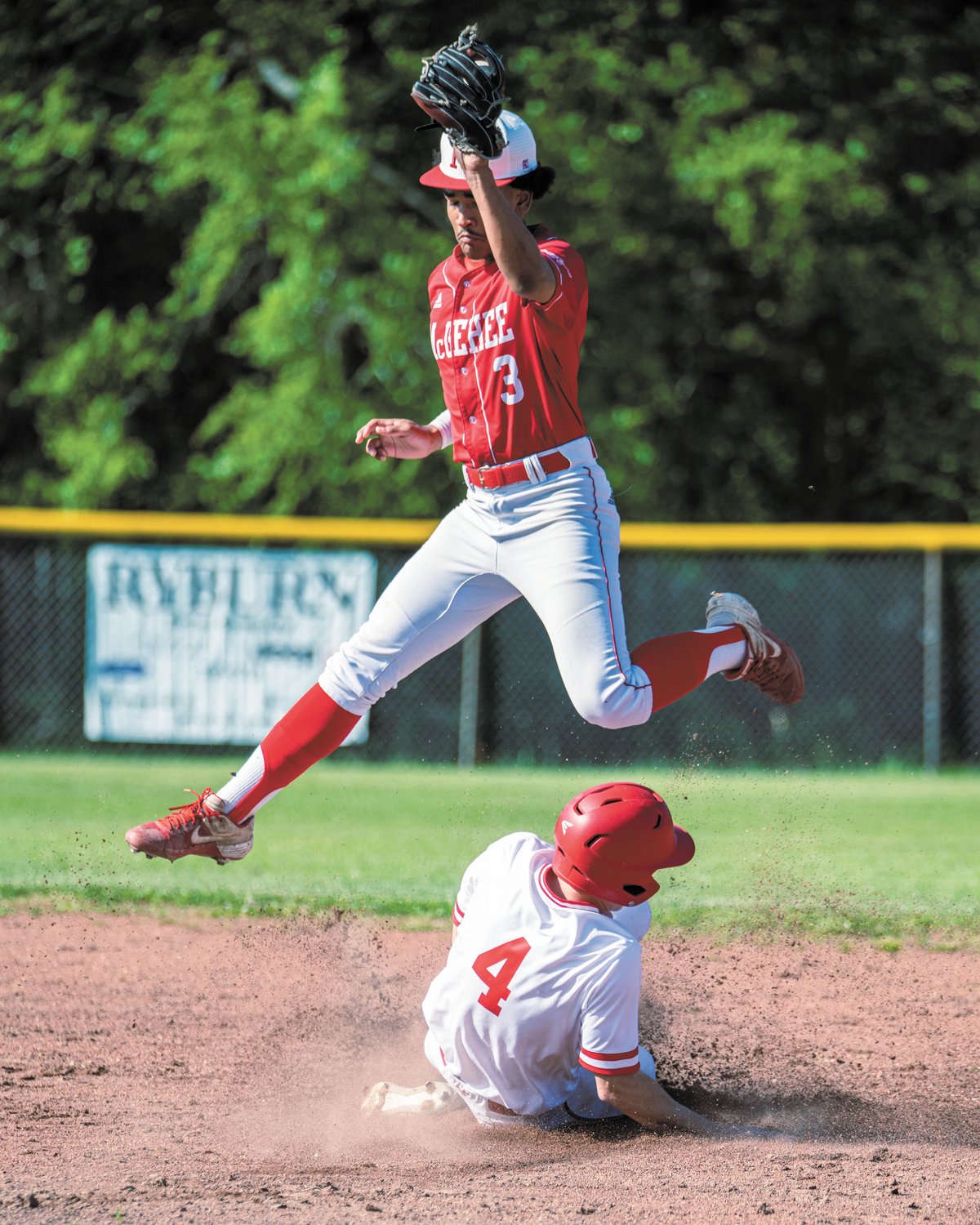 NATE COOPER slides safely into second base under a throw to the McGehee second baseman on a steal. Cooper drew three walks in the contest. 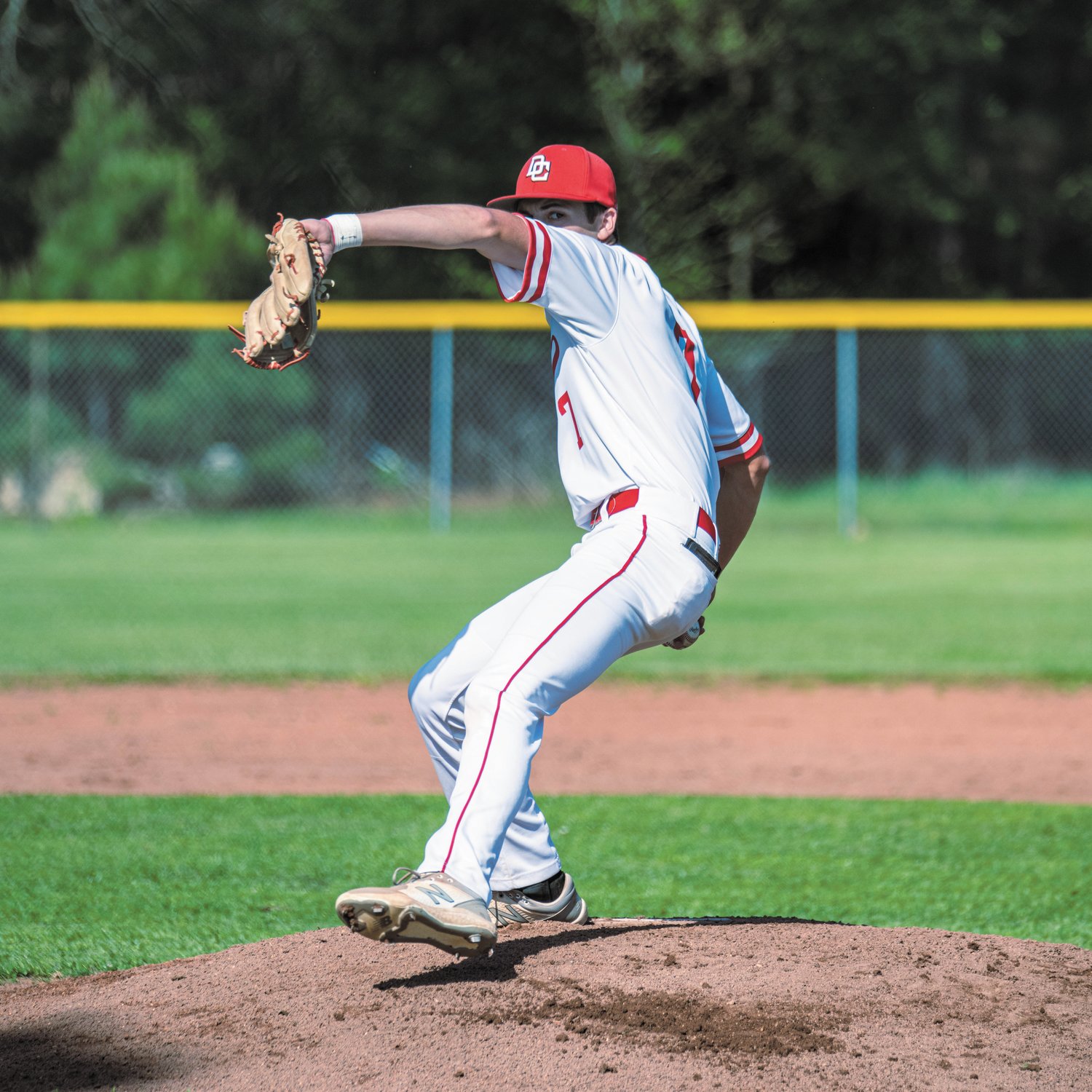 The Drew Central Pirates split a pair of conference contests this past week with a road victory over the Dumas Bobcats and falling to the McGehee Owls at home.

Travelling to Dumas on Tuesday, April 19, Aiden Jones and Jase Watt would combine to throw a no-hitter against the Bobcats.

Watt would strike out seven batters in four innings walking one with Jones striking out one and walking one in .2 innings of work.

Offensively, the Pirates scored three runs in the first inning with runs by Nate Cooper, Drew Burton, and Jase Watt.

For the Pirates, Matt Barnard led at the plate going 2 for 4 with two runs scored.

Returning home on Friday, April 22, the Pirates were able to get the Owls out in order to begin the contest.

Drw Central recorded two consecutive walks to begin the bottom followed by a single by Drew Burton to score Cooper and Jones for a 2-0 lead.

The Owls added their final run of the contest in the top of the seventh inning to extend the lead to 6-2.

The Pirates attempted to come back in the bottom of the seventh inning, scoring two runs but the Owls would be able to get out of the inning to take the 6-4 win.

The Pirates are currently listed in second position in the 3A-8 Conference standings according to the Arkansas Activities Association and have qualified for the 3A Region 4 Regional Tournament to be held in Ashdown starting on May 5.