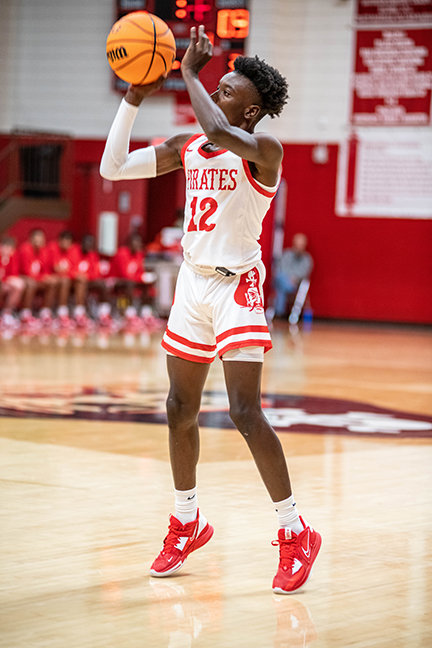 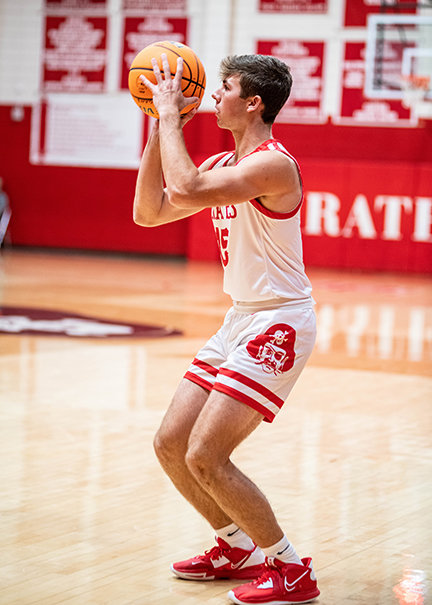 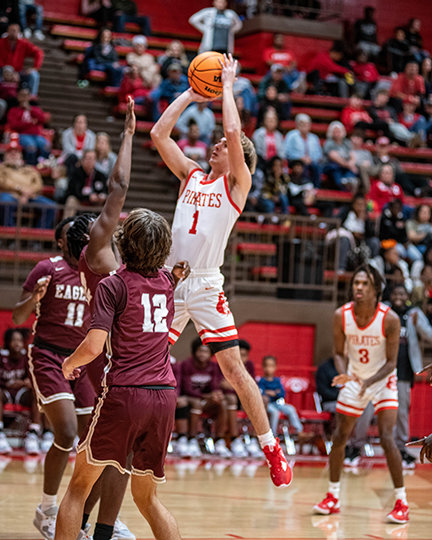 KADE BODIFORD takes a jumper in the lane. Bodiford led the Pirates in scoring with 18 points.
Jeff Young 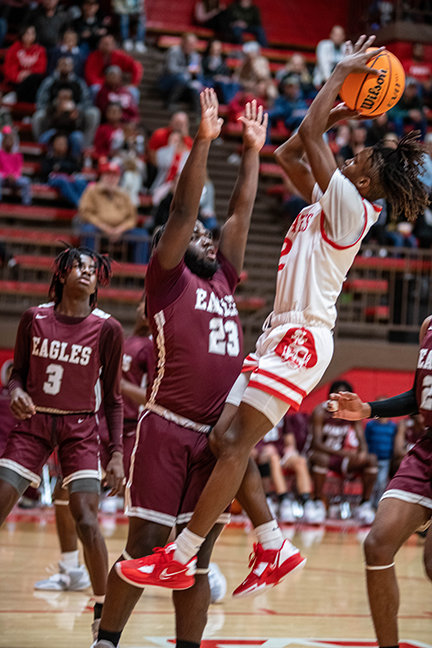 TRAMOND MILLER was the fourth Pirate player to reach double-digits against Crossett on Tuesday night. Miller finished the contest with 12 points.
Jeff Young 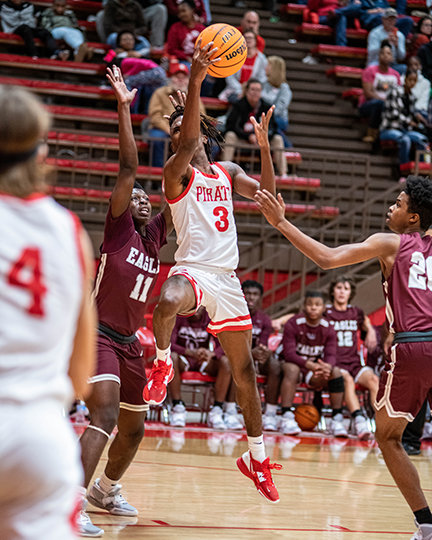 NICK BAILEY looks to lay it in in the lane. Bailey scored three points in the contest starting the contest securing the opening tip for the Pirates.
Jeff Young
Previous Next
Posted Wednesday, November 16, 2022 10:05 am
Jeff Young

The Drew Central Pirates hosted the Crossett Eagles on Tuesday night to begin the 2002-23 Basketball season.

For the first several minutes, both teams played evenly as it seemed that it may take some time for the Pirates to get in the groove for basketball having the majority of their players just finishing up the 2022 Football season the Friday previous.

In that first quarter, freshman, Ja’Corrian Love would connect on two consecutive three-pointers followed by a three by Bodiford to take a 22-11 lead.

Tramond Miller added the final points of the quarter with five seconds remaining.

Love would begin the second quarter, connecting on two consecutive three-pointers. Lover connected on his first for attempted shots, all four were three-point shots.

Burton would score a two-point basket to give the Pirates a 32-13 lead with 4:23 remaining in the half.

Tramond Miller would once again score the final points of the quarter to give the Pirates a 34-19 lead at the half.

The Pirates would outscore Crossett 16-11 in the third quarter with Miller leading the way for the Pirates in the quarter with six points and Bodiford adding five.

Crossett would outscore the Pirates in the fourth quarter, outscoring Drew Central 18-15 with the majority of the Eagle scoring coming after head coach CJ Watson began to substitute in his bench players to give them some game time experience.

Drew Central added the final basket of the contest by Blake Gibson to give the Pirates the 75-48 victory.

Kade Bodiford led the way for the Pirates with 18 points, followed by Ja’Corrian Love with 16. Drew Burton scored 13 and Tramond Miller added 12.

The Pirates will travel to Parkers Chapel on Thursday, November 17 with the senior boys scheduled to tip after the conclusion of the senior girls contest.

The Pirates will return to Drew Central on Friday night to face Dermott with the games tipping off at 4:30 pm.