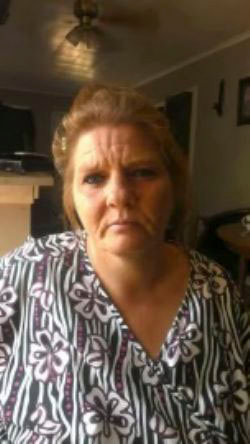 Tonya Lynn Montgomery, 55, of Monticello, passed away Friday, September 2, 2022, at her home in Monticello. She was born March 20, 1967, in Smackover, to Clara Jean Brazeale Cater and the late Billy Joe Randolph.
She was the widow of William Montgomery, a caregiver and was of the Pentecostal faith. Tonya loved drinking her coffee and listening to country music. In addition to her father, she was also preceded in death by a niece, Kyla Chapman; and her grandparents, Robert and Louise Brazeale.
She is survived by her mother, Clara Cater of Monticello; her three children, Carrie Bray, Hollie Bray and Codey Bray all of Monticello; her twin sister, Sonya Chapman of Monticello; sister, Billie Sanders of Bastrop, La.; one brother, Melvin Benson, Jr. of Harrison; and seven grandchildren, Cobey, Jayden, Alyssia, Hunter, Chase, Braylin and Bryson.
Funeral services were at 2 p.m. Thursday, September 8, 2022, at Stephenson-Dearman Funeral Chapel with burial in Union Ridge Cemetery. You can sign Tonya's guestbook page at www.stephensondearman.com.