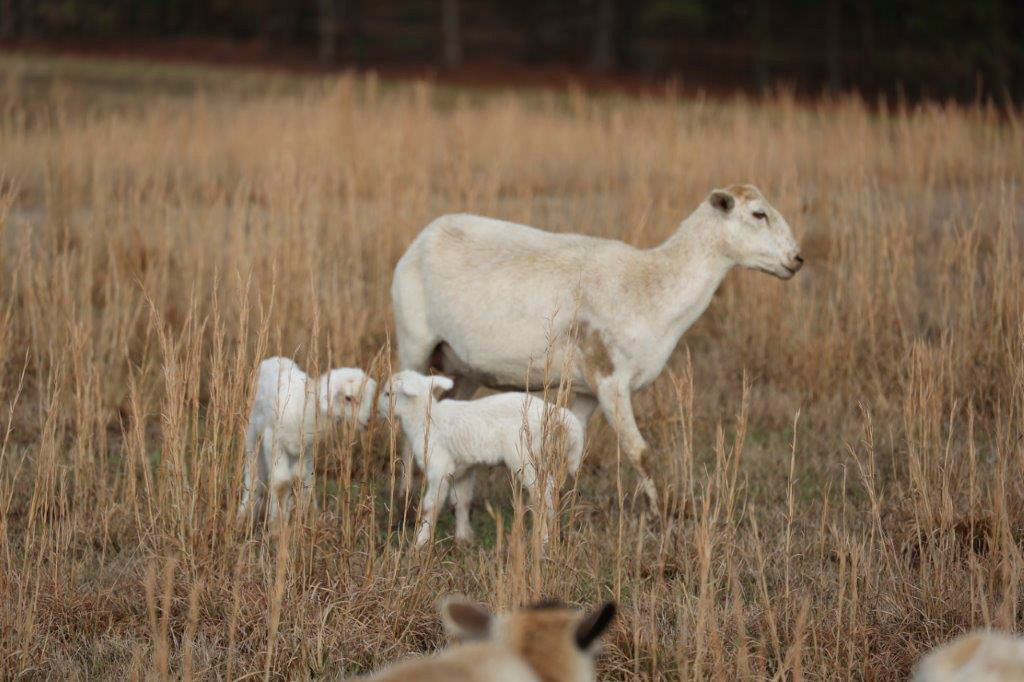 Posted Thursday, January 12, 2023 8:00 am
By Lon Tegels, College of Forestry, Agriculture and Natural Resources University of Arkansas at Monticello

The UAM sheep fields are experiencing what Associate Professor of Animal Science and Veterinarian Dr. Rocky Lindsey calls a "Lambing Storm."  "Seems like whenever one drops they all start dropping day after day.  We've had two born overnight, that's been the case. One or two have been born each day for the last week or so, "said Lindsey.  He said that the lamb births will continue for another couple of weeks until they are done.

This is the second lambing season for the sheep and goat program at UAM.  The hairless sheep were introduced to the College of Forestry, Agriculture and Natural Resources in 2021 as part of expanding the Animal Sciences program. The breed of domestic sheep is called the Katahdin, which is disease resistant.  They are known for their meat and do not need shearing.

Twins PreferredLindsey says twins are preferred.  "You get more bang for your buck; the ewes have plenty of milk and the lambs grow well." He said the triplets can be a problem because the mothers will often reject one or both of the other babies, which was the case of the UAM triplets.

Lindsey said the mama sheep allowed one lamb to nurse and was head-butting and pushing away the other two, so the mother and lambs were caught in placed in a pen to stay together overnight.    Lindsey said, "she accepted one of the two abandoned lambs. So as of now she has accepted two of the lambs.  The third lamb is being bottle-fed"

Animal Science Assistant Professor and veterinarian Dr. Maribel Nelson has volunteered to monitor this year's lambing season and has been checking on the sheep herd three times per day and feeding them.     It was Nelson who discovered that the mother sheep was rejecting her lambs.

Nelson is making a concentrated effort to interact with the sheep so that she can bond and understand their behaviors.  In the long-term Nelson would like UAM to try some new reproductive methods like artificial insemination.   Collaborations with other professionals and companies are underway to help move that part of the sheep program forward.