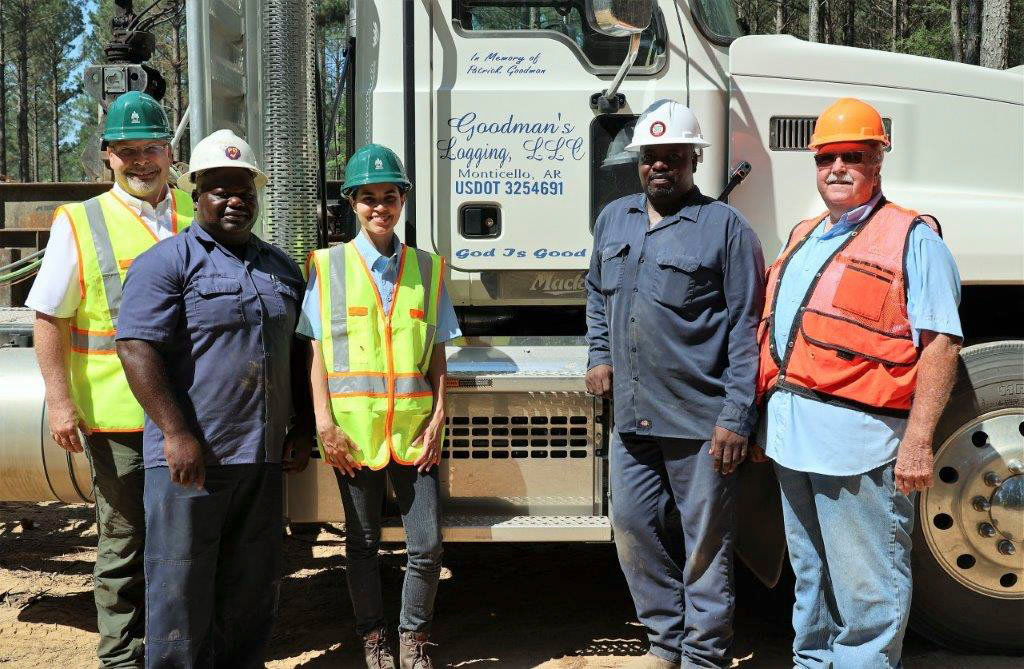 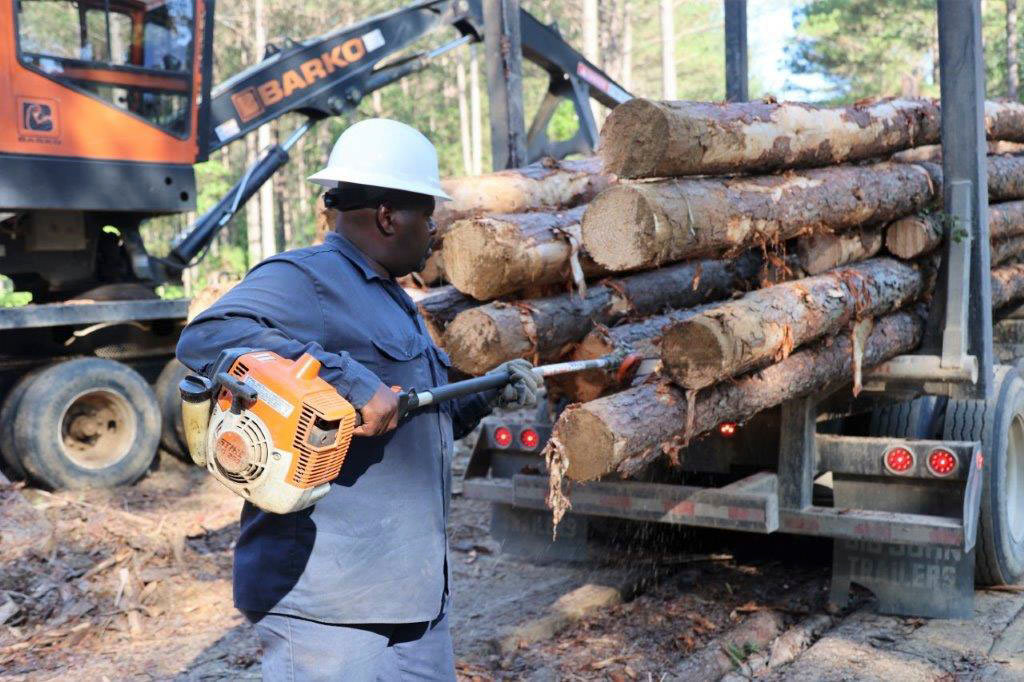 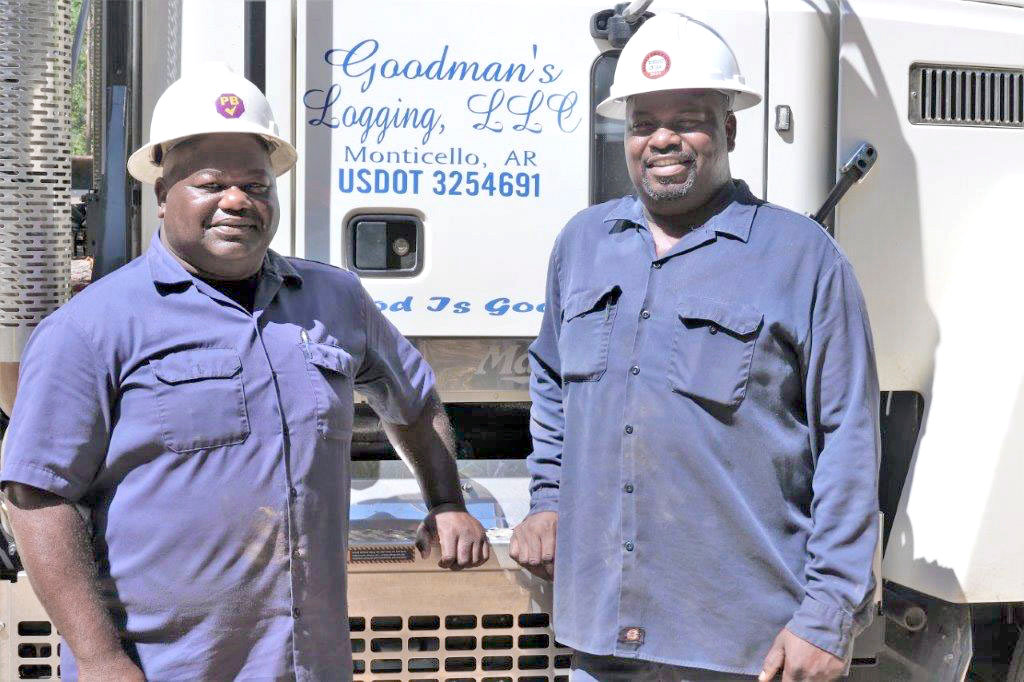 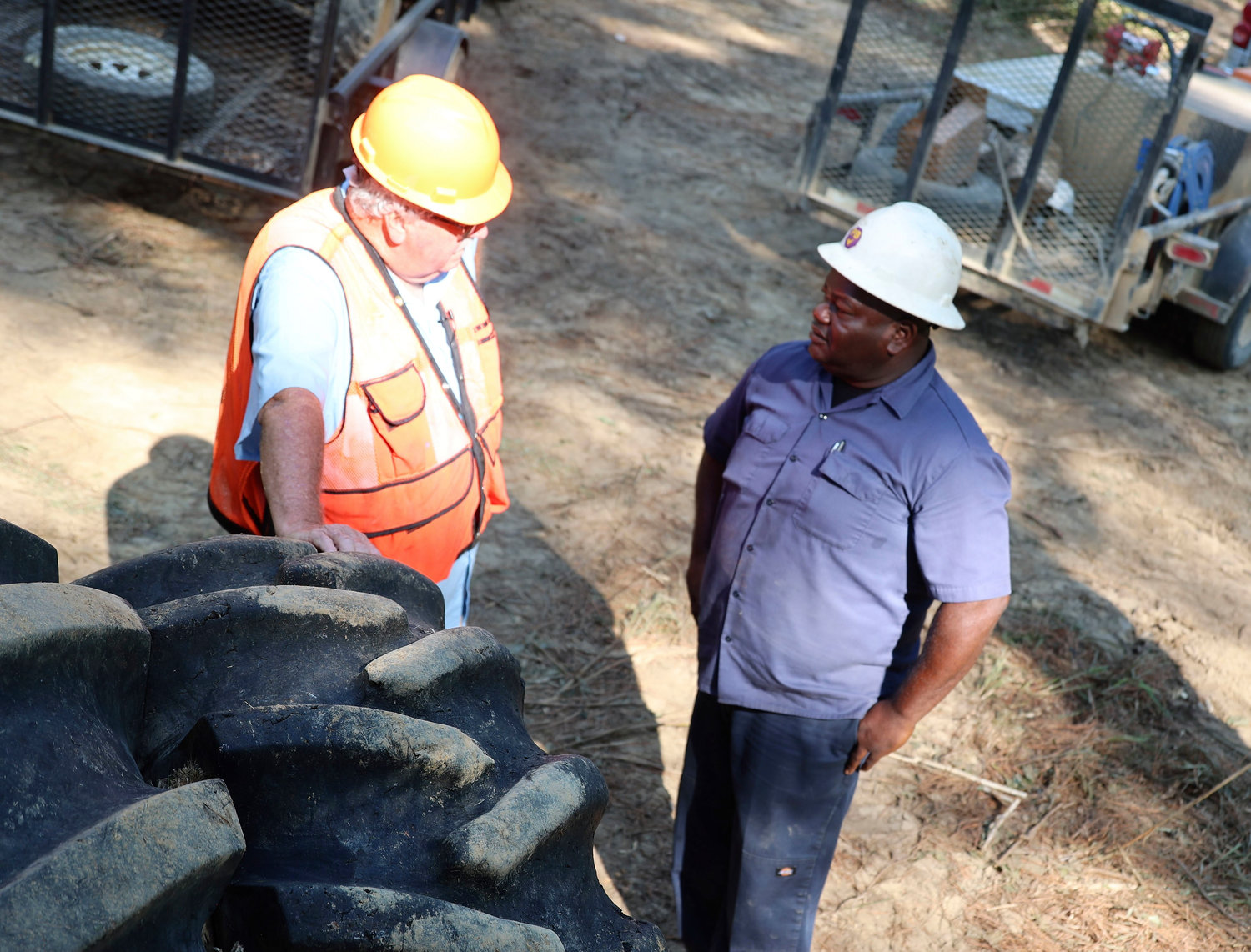 lon tegels
Previous Next
Posted Thursday, August 4, 2022 6:00 am
By Lon Tegels College of Forestry, Agriculture and Natural Resources University of Arkansas at Monticello

Hard work, faith and a used chicken truck turned out to be a solid foundation for Reggie and Chris Goodman’s logging business.

The Goodman’s, of Monticello, are an African American family building a business in the South, growing the logging company they bought from their parents.

Those early years weren't easy, said Mike Pennington, a lifelong logger with L.D. Long, Inc., in Monticello, who has known Reggie and Chris Goodman since they were in diapers.

“The first time I met that family, their dad was a short wood hauler, and at the time, I was working for Georgia Pacific. The first time I saw them in the woods, they were on a pallet or quilt,” said Pennington.

"It was Mom and Daddy and five kids,” he said. “As they progressed in age, even the girls would be stacking short wood. As the boys got older moved up to running the chain saws. Eventually, they would progress to run his iron mule.”

Pennington took fondness for the family, and when he moved to the J.P. Price Company, he brought the family with him. Pennington would go out and help them buy tracts to log. In the early 1990s, when the brothers decided to buy out their parents’ business, Pennington backed the loan with the bank.

“The guys we are working for helped us get started,” said Reggie Goodman.

Early on, the brothers didn't even own a logging truck.

“When we started, other loggers were hauling our trees out," said Reggie Goodman. "We would cut the trees, bank them, put them out, and the other loggers would bring their big trucks and a loader and haul their logs to the mills.”

He remembers the first truck they bought was used. He says J.P. Price bought some used chicken trucks from Tyson and sold one of them to the Goodmans.

Since then, the Goodmans have built their logging business to a substantial size.

“We’ve got six trucks, two skidders, three loaders, a new Caterpillar tree cutter, and two lowboys," said Reggie Goodman, adding that they have about $2.5 to $3 million invested in equipment.

The brothers still live on the same property their parents owned.

“This is what they used to call stomping ground. We were raised here, and we choose to stay," said the younger Chris Goodman. He says the business has changed a lot during the last 50 years.

“When we arrived at the job in the mornings in the wintertime, we had to build fires to stay warm throughout the day, but it's been a blessing to have equipment that is now enclosed with heating and air conditioning,” Chris Goodman said.

“In the wood business and back when we grew up in this late ‘70s and ‘80s, everything was done by hand with a power saw and the stacking wood and loading it on trucks without a cable," said Chris Goodman.

"We go in with a cheerful outlook. Don't get discouraged when you get a ‘no’ answer,” Chris Goodman said. “You have to try to surround yourself with people that can help you.

Chris Goodman puts his trust in God, calling his faith a blessing. He is a preacher at three Methodist churches in Monticello, all within five miles of each other.

“God has opened doors at the right time,” he said. “We want him to open doors, but we also have to allow him to close doors.”

“All those days are way behind us due to insurance reasons,” he said. “The insurance company put us out of commission on doing it the old school way, so we had to upgrade and learn a new way of doing it.”

Despite their business growth and success, the Goodman Brothers face the same challenges that others in the timber industry face. Fuel, labor, insurance, and government regulations are just a few setbacks.

“I think one of the biggest problems that nearly every company is facing today is finding somebody willing to work,” Chris Goodman said. “Most of them now just want a job to get a check. And sometimes, we found out that if you try to do extra, doors will open for you.”

Matthew Pelkki, director of the Arkansas Center of Forest Business based at UA-Monticello, visited with the Goodmans as part of a series of meeting with those in the industry to gain firsthand insights into the challenges they face.

Chris and Reggie Goodman are not alone.

"There are a lot of issues affecting the logging industry in Arkansas, and it's a critical component of the supply chain. Without loggers, we can't get wood from the forest to the mills,” Pelkki said.

The lack of licensed commercial drivers — CDL drivers — with good driving records, is another challenge the Goodmans and others are facing.

“We go through an insurance company that does all the background checks on our drivers. If the insurance company doesn’t accept them, they’ll inform us that we can’t hire that driver because of their driving record,” Chris Goodman said.

"It's important to a lot of young people who are getting CDL license to have a clean motor vehicle record, and they don't realize that” he said. “Having a CDL license, you can't just get out there and drive any way. Because now with CDL license, one ticket will hurt you."

Finding CDL drivers with the required two-year ride-along experience or apprenticeship has become nearly impossible, Pennington said. “Still, ultimately it will come down to the Insurance Commissioner that decides if regulations need to be modified to meet the supply and demand of drivers.”

Pelkki said it may be time to approach the state Legislature on key issues affecting the forest industry.

"Discussing weight limits on trucks and fuel taxes on a state level are critical for this sector,” Pelkki said. “Updated regulations in the state would be beneficial to helping loggers survive.”

The Arkansas Center for Forest Business launched in the spring of 2022 with financial assistance from the Arkansas state legislators. Its mission is to advance the economics of the Arkansas forest industry. The center is now creating web-based classes that will be part of the ArkPro logger business training delivered by the Arkansas Timber Producers Association. 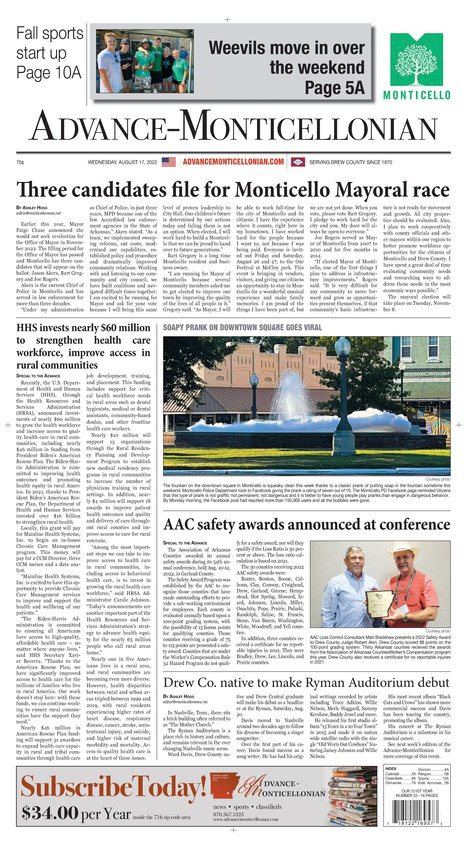