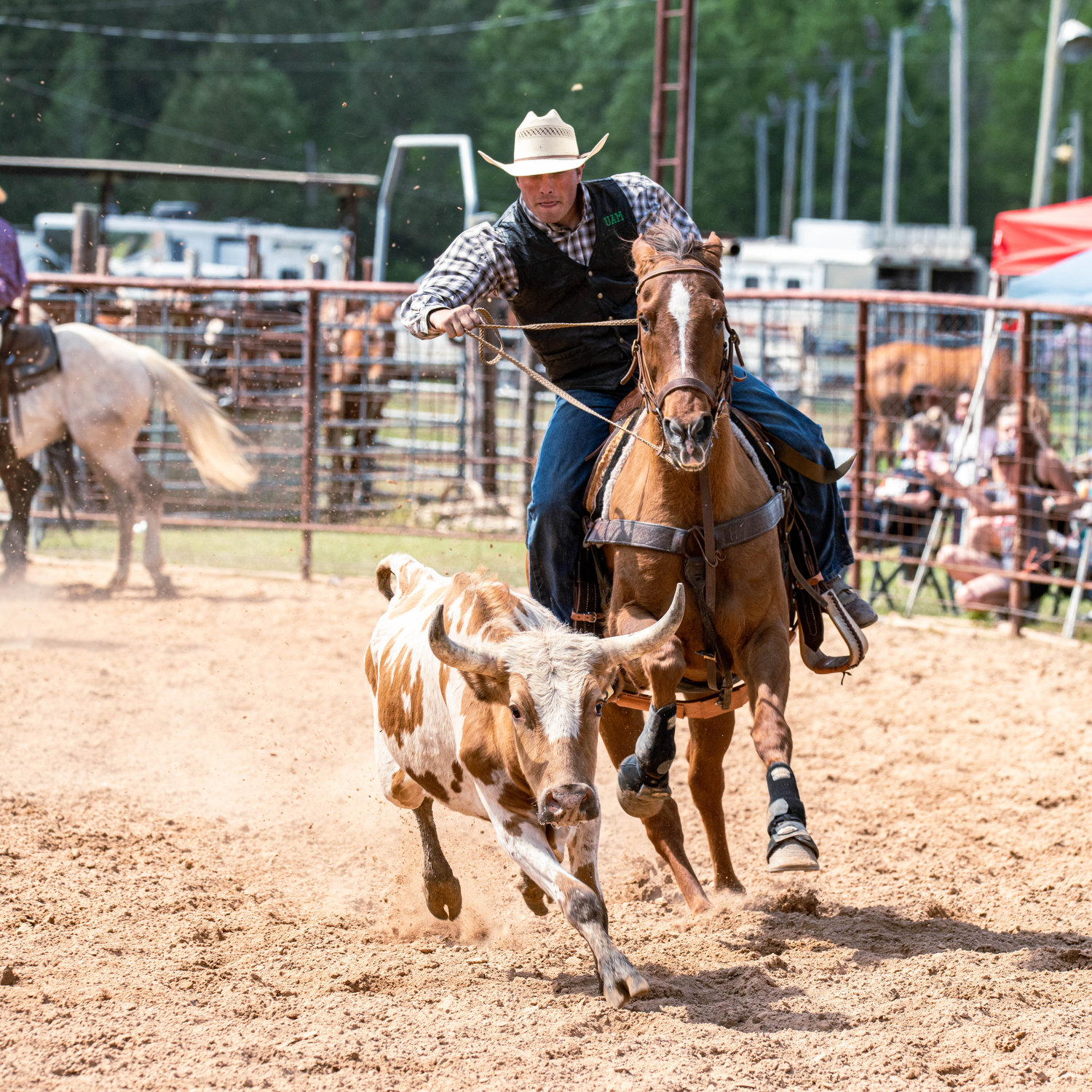 The University of Arkansas at Monticello Rodeo Team hosted the 16th Annual Weevil Stampede this past week, concluding on Saturday, April 23.

The rodeo consisted of college teams throughout the Ozark Region of the National Intercollegiate Rodeo Association and is the second to last rodeo for the college athletes trying to qualify for the National College Rodeo Finals held in Casper, Wyoming.

The NIRA spreads across the United States and is made up of 11 regions that include the Big Sky, Central Plains, Central Rocky Mountain, Grand Canyon, Great Plains, Northwest, Ozark, Rocky Mountain, Southern, Southwest, and West Coast with UAM participating in the Ozark Region. There are a total of 110 participating schools in the NIRA.

In the Weevil Stampede, UAM placed seventh overall in the men’s team with 145 points and the women placing in ninth with 20 points.

Overall, the UAM Men are ranked ninth with 630 points with the women being ranked sixth with 710 points.

Katelyn Anne Danzy is fourth in Barrel Racing with 260 points and Brittney Renee Miller is currently ranked 12th with 150 points.

Aubrey Glynn Lee is ranked sixth, along with Grace Kinlee Bryant of the University of Tennessee-Martin, with 260 points in Breakaway Roping.

The 10th and final event of the regular rodeo season will take place on April 28 through April 30 being hosted by Northwest Mississippi Community College in Senatobia, Mississippi.

The Weevil Stampede is hosted by the University of Arkansas at Monticello and is held at the rodeo arena located at the Drew County Fairgrounds.

UAM Rodeo is led by head coach Rusty Jones and the rodeo team has been a part of UAM for 30 years.

The National College Finals Rodeo will take place on June 12 through June 18.