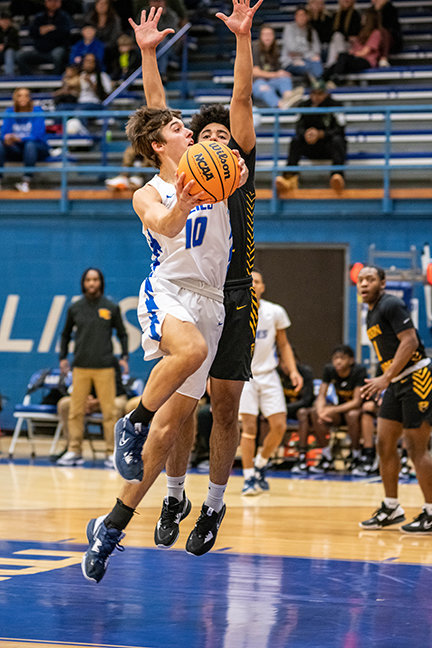 LUKE JONES led the Billies in scoring against Watson Chapel with 18 points. Jones scored 14 of the Billies 24 points through the third quarter.
Jeff Young 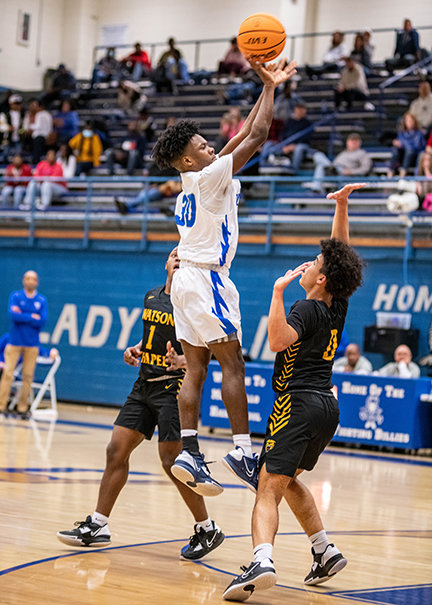 Coming into Friday nights contest, the Watson Chapel Wildcats and the Monticello Billies were tied at the top of the 8-4A Conference with 3-0 records in conference play, but at the end of the contest it would be Watson Chapel that left Dan Coston Fieldhouse in sole possession of the top spot in the conference.

Watson Chapel controlled the opening tip, but it would be Monticello that got on the scoreboard first, scoring the first four points of the game, going on to outscore Watson Chapel 6-5 in the first quarter.

Watson Chapel would double up on the Billies in the quarter, outscoring Monticello 16-8 in the second quarter to hold a 21-14 lead at the half.

Returning from the break. Watson Chapel would score the first two points of the second half, with Jones answering the score to keep Monticello within eight points.

Jones connected on a pair of free throws followed by Quay Rhodes getting three points the old fashioned way with a two and one from the charity stripe to cut the lead to eight points.

Watson Chapel would extend the lead to 36-21 before Tejon Tensley connected on a three-pointer to close the quarter with the Wildcats leading 36-24.

Tensley’s three-pointer would spark a comeback by Monticello with Tensley scoring the first four points of the quarter.

Monticello would go on to outscore Watson Chapel 21-18 in the quarter, but Watson chapel was able to close out the game leading 54-45 to move to first place in conference play.

Luke Jones would lead the Billies with 18 points with Tejon Tensley scoring 14.

Quay Rhodes added nine points with Jemar Matthews and Jeremiah Daniels rounding out the scoring with two points each.

Monticello will travel to Little Rock Mills on Friday to face the Comets and will host Stuttgart on Tuesday.