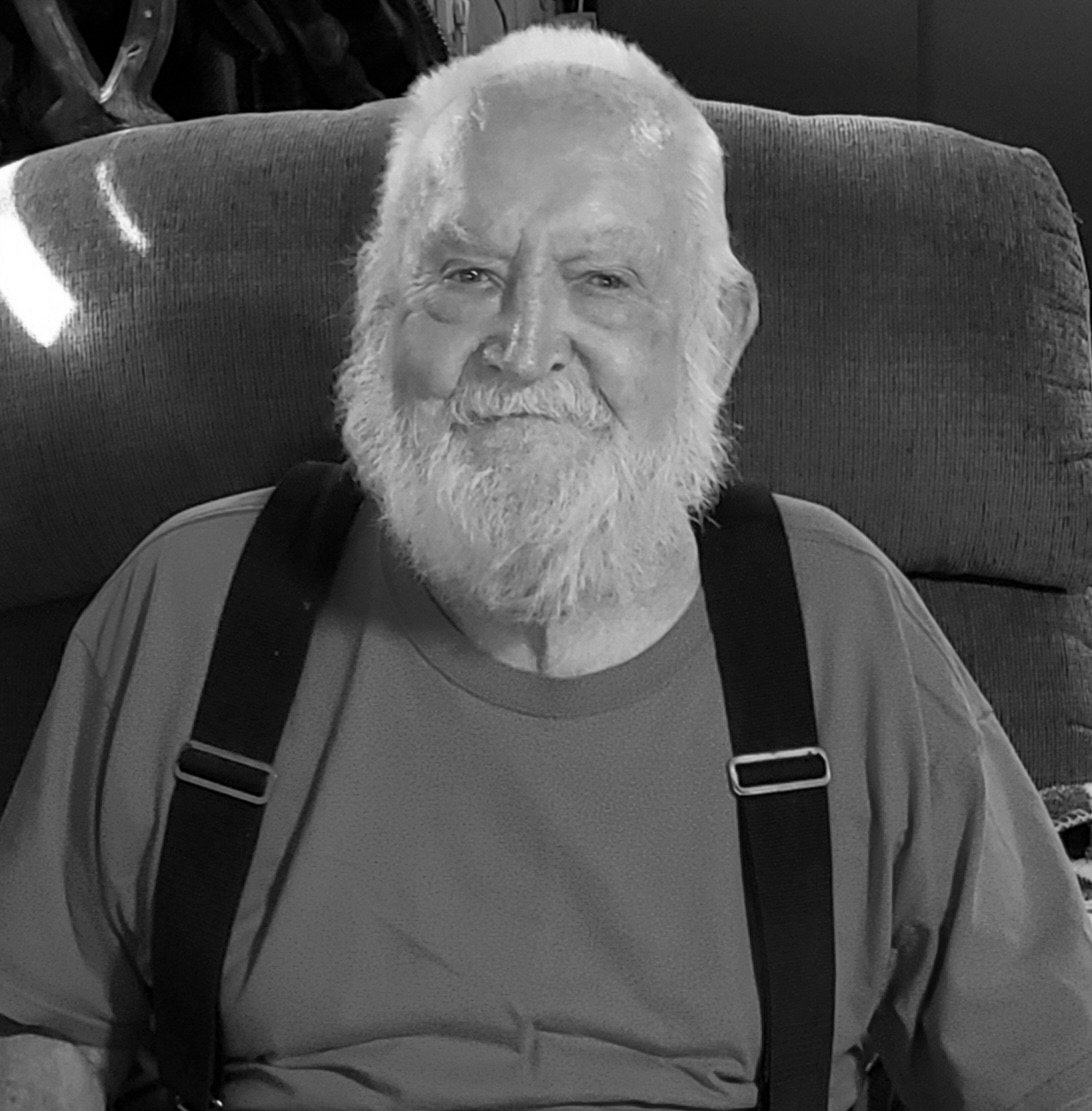 Tech. Sergeant William T. (Bill) Feeser USAF Retired, 92, expired peacefully, May 31, in his home with family. He spent his last days riding his tractor and living his best life. He was born on April 9, 1930, in Woodward County, Okla., and was the oldest of four children. He was a graduate of Sheridan High School, retired from the United States Air Force, retired from the Arkansas State Forestry Commission, and a retired truck driver. He drove trucks all over the country and log trucks and gravel trucks locally. He also was a single father to four of his children and a member of Lacey United Methodist Church. He was the son of the late Esther (Foster) and Floyd Ralph Feeser and was preceded in death by one brother, Carroll J. Feeser, one son, Ronnie Feeser, and one daughter, Margaret Craig.
He is survived by four children, two sons, Rusty Feeser (Susan) of Ringgold, Ga., and Floyd Feeser of Warren; two daughters, Amanda Smith (Virgil) of Lacey, and Mary Robinson (Rick) of Wesley; two sisters, Mary Jones of Fountain Hill, and Lena Cooper (James) of White Hall; twelve grandchildren, Ron, Russ, Bobby, Michael, Ashley, Patrick, Anna, Emily, Noah, Madison, Brenden, Sara; and a special grandson-in-law, Kevin; nine great-grandchildren; along with several nieces, nephews, friends, pets, and a tractor. Bill enjoyed eating, collecting rocks, hauling dirt, and spending time with his family. He will always be remembered for his work ethic, generosity, and his sarcastic sense of humor. Those who knew him best called him Daddy, Papaw, Brother, Dirtdobber, and Unk and will always have a funny story to tell about him and his pranks.
A visitation/memorial service was held on Friday, June 3,  from 6-8 pm at Stephenson-Dearman Funeral Home in Monticello.
Memorial donations can be sent to Lacey Cemetery ℅ Roy White at 671 Hwy. 133 South, Ft. Hill, AR 71642.
You can sign Bill's guestbook page at www.stephensondearman.com.